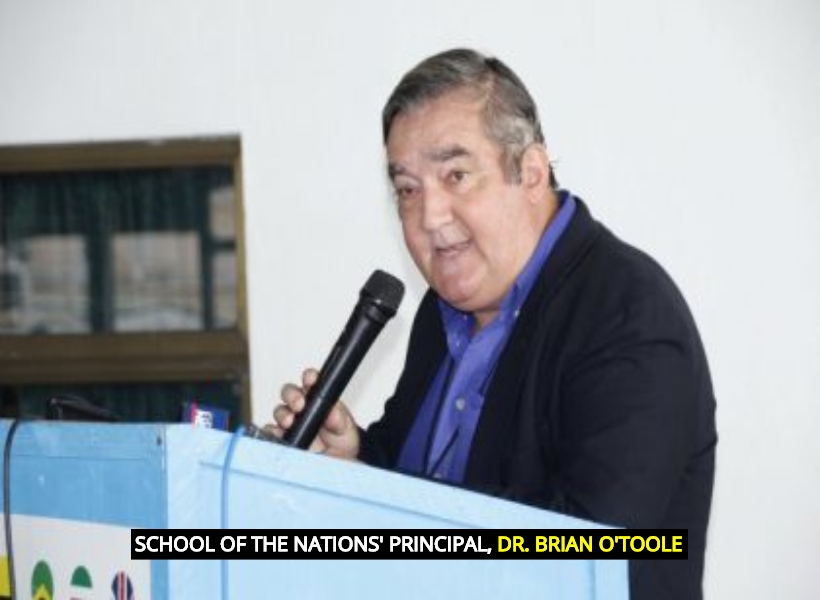 Dr. Brian O’Toole, the owner of School of the Nations, was shot twice last night at his Bel Air Promenade, Georgetown home.

The shooting occurred just days after a sixth form student was expelled from the institute for threatening to shoot up at the school.

According to information received, the private school owner had just returned home from a dinner with his family at a city restaurant when he was confronted by an unmasked gunman inside his yard. Three shots were fired at the educator, two of which struck both of his hands and one hit a wall.

O’Toole is said to be in a stable condition at a city hospital.

The Guyana Standard has been informed that the victim told investigators that he drove into his yard shortly after 23:000 hrs last night and parked his vehicle. He locked his gate and just as he was about to open his door, he was confronted by the gunman.

Based on reports, the shooter—without saying anything—whipped out his gun and began firing shots at the businessman, who attempted to use his hands to block the bullets. The gunman escaped in a waiting car.

A police source said that the shooter was not masked and did not make any attempts to rob the principal of the elite business school. While the principal did not recognize his shooter, he gave investigators a clear description of the individual.

The police are now looking to question the student who was expelled from the school just days ago.