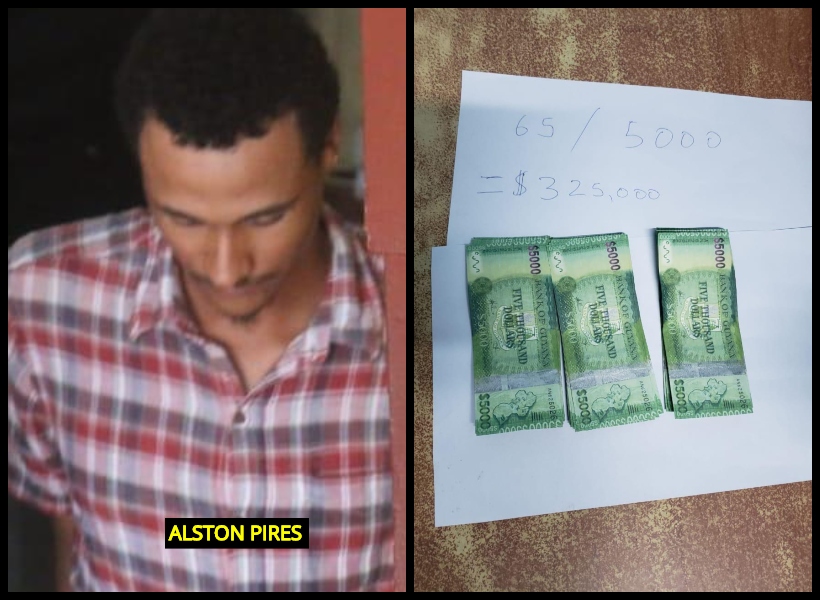 A 23-year-old Diamond, East Bank Demerara resident was today charged for having in his possession $325,000 worth in counterfeit $5,000 notes.

He denied the charge which stated that on January 25, 2019, at Stabroek Market Georgetown, with the intent to defraud, he had forged currency in his possession, that is to say $325,000 consisting of $5000 bills, knowing same to be forged.

Attorney-at-law Euci Anderson in a successful bail application for his client told the court that Pires is a single father and the sole bread winner for his family.

The lawyer argued that bail should be granted to his client citing that he’s not a flight risk and will return to court for trial.

Though Police Prosecutor Adduni Inniss had no objections to bail being granted to the defendant, she asked that conditions be attached.

Facts presented by the Prosecutor stated that on the day in question, ranks from the Guyana Police Force (GPF) carried out an intelligence-led operation at Stabroek Market which resulted in the apprehension of Pires with the counterfeit monies.

The Prosecutor added that investigation into the matter is still ongoing.

The Magistrate, after listening to both sides, released the defendant on $200,000 bail.

Conditions of the bail are that he lodge his passport at the court and report to the officer in charge at the Brickdam Police Station every Wednesday until the hearing and determination of his trial.

The father of one was instructed to make his next court appearance on February 18, 2019.