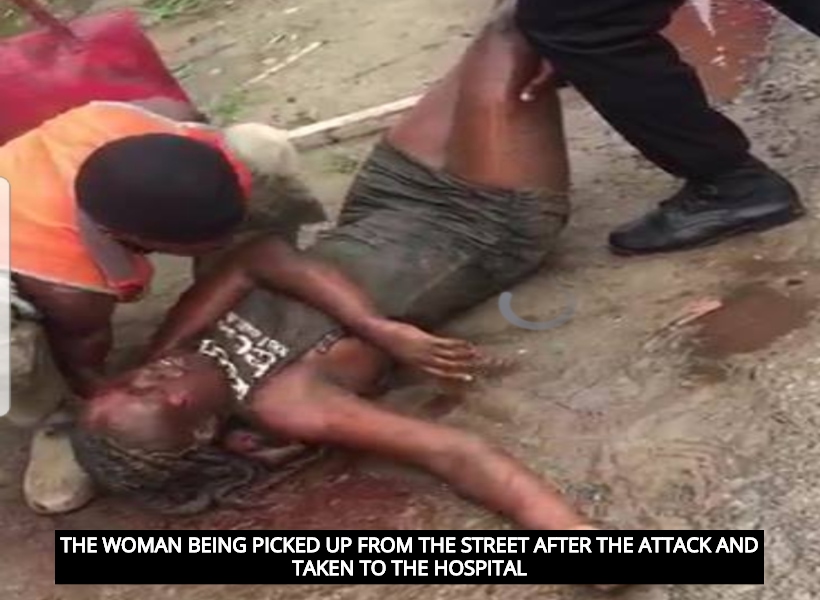 The Guyana Police Force (GPF) has issued a wanted bulletin for a man who stabbed his ex-wife with a pair of scissors and then struck her in the head with a piece of wood earlier today at Eccles, East Bank Demerara (EBD).

The suspect has only been identified by “Trini” of Bareroot, Enterprise Road, East Coast Demerara (ECD).

He stabbed 24-year-old Unika Stewart, the mother of his three children about seven times before hitting her in the head with a piece of wood. She is currently warded at the Georgetown Public Hospital Corporation (GPHC).

The police recovered the wood and scissors at the scene of the crime.

According to information received, after a prolonged period of domestic abuse, the woman decided to end her relationship with the suspect and moved into her own quarters at Bagotsville, East Bank Demerara —this was about seven months ago.

The Guyana Standard was told that the suspect did not take the separation easy. He would frequently visit the victim’s home and plead with her to return to their matrimonial domicile. This morning, however, the suspect reportedly went over to Stewart’s home and demanded that she meet with him but the woman refused.

Anyone with information on the whereabouts of the suspect is asked to contact the nearest police station.