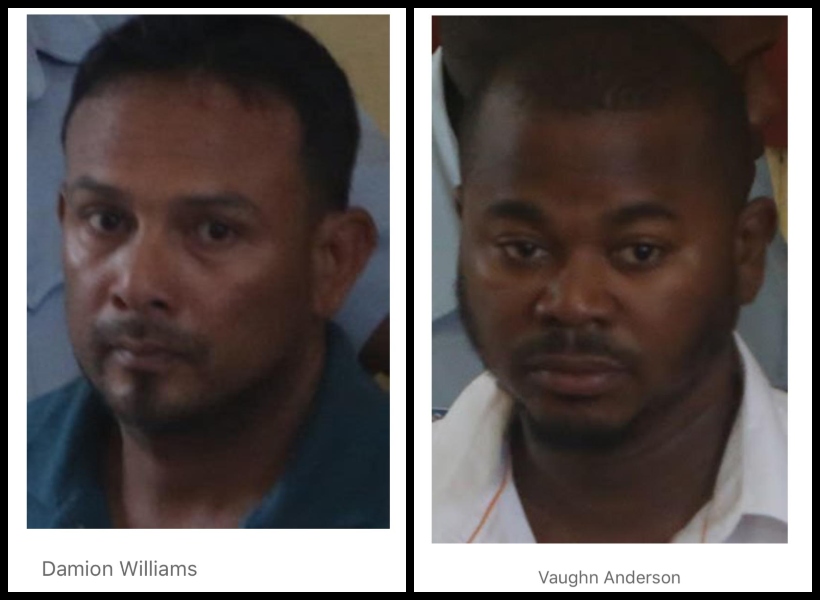 A boat captain was today sentenced to five years imprisonment, along with a fine of $136M, while his co-accused walked out of the Leonora Magistrate Courts a free man.

It is alleged that 33-year-old, Damion Williams, a boat captain of Better Hope and 30-year-old, Vaughn Anderson, a taxi driver, of Bhoodhoo Housing Scheme, on December 24, 2017, at Bhoodhoo Housing Scheme, had in their possession 65.027 kilograms of cocaine for the purpose of trafficking. They were jointly both charged for trafficking 143 pounds of cocaine in gas cylinders.

They had both denied the allegation and were on trial before Magistrate Rushelle Liverpool.

This afternoon, the Magistrate ruled that, after going through the evidence of Anderson, she believed his testimony when he said he had no knowledge of the narcotics, since he was only hired to transport the gas cylinder to the boat captain.

However, she noted that Williams, throughout the trial, was trying to distance himself from the narcotics.

Hence, she found him guilty of the offence and sentenced him to five years imprisonment, along with a fine of $136M.

According to reports, on the day in question, Police Narcotics Branch ranks acted on intelligence gathering and visited a house at Bhoodhoo Housing Scheme.

After coming up empty-handed when they searched the house, the ranks then focused their attention on the heavy gas bottle that was found in a car parked at the house.

A search of the gas cylinder revealed the cocaine.