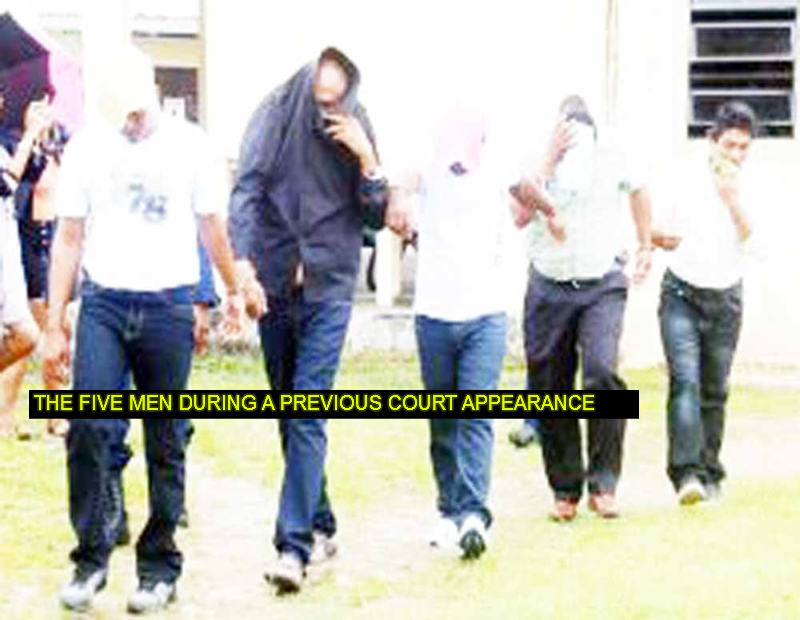 One of the five men charged over a Parika drug bust involving a quantity of cocaine and marijuana was today sentenced to four years imprisonment while his co-accused were all freed of the offence.

The ruling was handed down to Rajendra Persaud, a mechanic by Magistrate Rochelle Liverpool in the Leonora Magistrate Court.

Meanwhile, Khamraj Lall, 39, of Zeelugt; Marlon Lawrence, 36, of Felicity, East Coast Demerara; Cleve Thornhill; and Doodnauth Chattergoon walked out the court free men after the prosecution was unable to prove their case beyond reasonable doubt.

The Magistrate who gave a lengthy submission before her ruling, told the court that, after perusing the evidence, she was of the opinion that Persaud had control and was fully aware of the contents in the gas cylinders.

His lawyer, in a plea of mitigation for his client, told the court that the offence did not involve the use of danger and no weapons or threats were used to commit the offence.

The lawyer added that his client is a hard working mechanic and the sole breadwinner for his family.

He went on to tell the court that his client suffers from a series of health issues and had suffered a heart attack. Hence, he asked that the minimum sentence be given to him.

However, the Magistrate said that, based on the prevalence of the offence and quantum of the drugs, she sentenced him to four years imprisonment.

On the day in question, ranks staked out the Parika, East Bank Essequibo area, watching for two vehicles, PSS 8019 and PVV 7934. Around 1pm, they stopped PSS 8019. Lawrence and Persaud were inside.

In the trunk, the ranks found two blue gas containers with the bottoms cut out and pasted back together. They found what appeared to be marijuana and cocaine in them.

Later that day, ranks stopped the other vehicle, PVV 7934, which Lall and Chattergoon were in. The ranks seized a satellite phone.