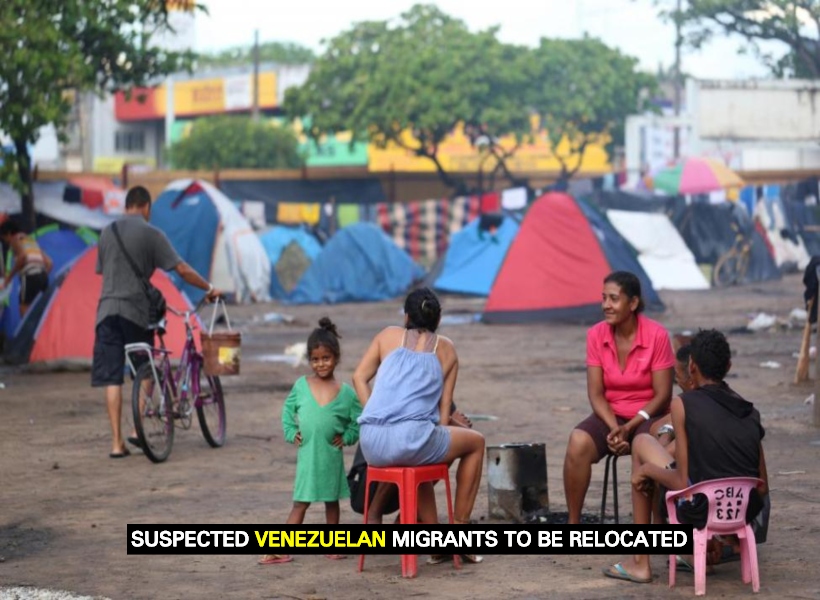 The police force, among other authorities, has been called in to probe a purported case of undocumented Venezuelan migrants. According to information released today by the National Multi-Sectoral Coordinating Committee tasked with looking into the migrant situation, it has noted with concern, reports of a group of Spanish-speaking migrants, believed to be Venezuelans, setting up makeshift housing structures along the seashore at Non Pariel, East Coast Demerara.

According to the Committee, this matter is currently engaging the attention of the Demerara-Mahaica (Region Four) Regional Administration and the Guyana Police Force (GPF).

Meanwhile, the Civil Defence Commission (CDC) and the International Organisation of Migration (IOM) are standing by to render assistance in terms of relocating these displaced persons. The number of Venezuelan migrants in Guyana now stands at 4,421. This was announced at today’s meeting of the Committee at the Department of Citizenship’s boardroom, Shiv Chanderpaul Drive.

A new Displacement Tracking Matrix (DTM) conducted by the IOM in the Pomeroon-Supenaam and Cuyuni- Mazaruni Regions (Regions Two and Seven) showed a continuation of the trend of the migrants being mostly females between the ages 18-30, the majority of whom have completed secondary education. Additionally, income generation and employment opportunities remain at the top of the list of needs of migrants at this time.

As the Committee continues to work to develop a comprehensive, sustainable programme to support migrants the IOM, in the coming weeks, will embark on an initiative to train representatives of the various agencies in the areas of Camp Management and Camp Coordination and Trafficking, Smuggling and Exploitation for Migrants.

Meanwhile, over the past two weeks the CDC distributed 150 food hampers at Kaikan (Region Seven), 30 food and non-food items in Khan’s Hill, Barima-Waini (Region One) and 22 food and hygiene kits at Imbotero, Region One.

Additionally, over 800 non-food hampers have been sent to the Guyana Defence Force (GDF) Base Camp Everaad to be distributed in Region One. The CDC’s work with regard to migrant relief has since attracted the support of the Church of Jesus Christ of Latter-Day Saints.