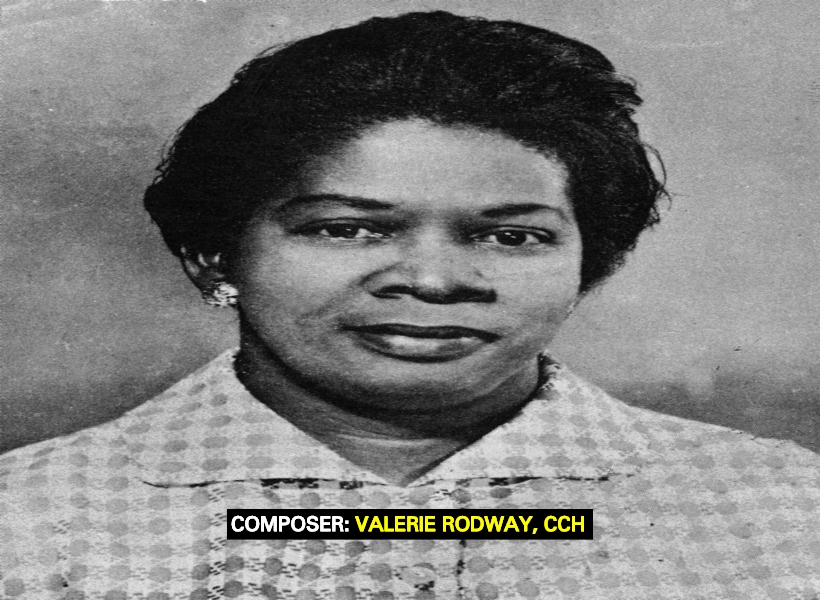 The Ministry of the Presidency will next week honour the life and work of Guyanese composer and teacher, Valerie Rodway, CCH with a roster of activities to mark her birth centenary. This recognition will include the issuing of a commemorative stamp and book at a reception to be held at State house.

Rodway, who died in August 1970, was born in New Amsterdam, East Berbice-Corentyne (Region Six) on February 12, 1919 and is best known for her composition of national songs including, “O Beautiful Guyana”, “Kanaïma”, “Hymn for Guyana’s Children”, “Arise, Guyana,” and “Guyana the Free”.

She also put to music the famed Guyanese independence poem by Martin Carter, “Let Freedom Awaken”.  Rodway’s creative output represents a solid exploration of the Guyanese experience during a crucial period in the quest to end the colonial experience and become a free state.  Her compositions embody the civic values cultivated by her family and friends. They were also influenced by her travels and reflect the creative responses to the spirit of the times.

Rodway composed patriotic music, music for the schools, test pieces for the music festivals, music for community singing, music for large choirs, and art music.  “Guyana the Free” was her submission for the national anthem competition.

In sum, she left behind a substantial body of work that represents several styles.  It also reflects national pride and a commitment to quality.  Rodway’s life as teacher, performer, and composer has provided examples of the lasting power of music.

The commemoration programme will include: A Church Service on Sunday, February 10, 2019, at 10:00h at the AME Zion Church, New Garden Street and the official naming of the building at Lot 94 Carmichael Street as ‘Valerie Rodway House’ on Tuesday, February 12, 2019 at 11:00h. A commemorative stamp and a book on Rodway will also be released at a reception to be held at State House.

Also a symposium on Valerie Rodway’s music – ‘A National treasure’ – will be held on Wednesday, February 13, 2019 at the University of Guyana’s Turkeyen Campus in the Education Lecture Theatre from 17:00h to 19:00h.