Home News Another vehicle goes up in flames 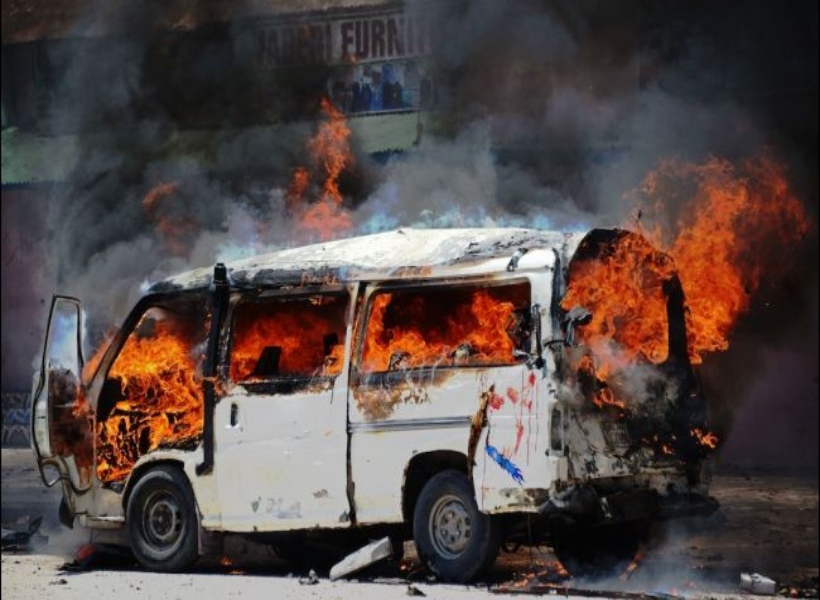 Four persons sustained burns about their bodies this afternoon after the mini bus they were travelling in crashed into a utility pole before bursting into flames.

The Guyana Standard was told that the route 32 mini bus was heading to Vreed-en-Hoop when the incident happened. The injured persons were assisted out of the burning vehicle by public spirited persons.

They were rushed to the West Demerara Regional Hospital where their conditions are said to be stable.

Yesterday morning, two vehicles—a Guyana Power and Light Company (GPL) mini bus and a car went up in flames. Luckily, no one was injured.

In the first case, a car bearing registration number, PJJ 5656 exploded at High Street and Brickdam. The driver said he first notice smoke emanating from the car’s bonnet and quickly exited the vehicle. It then exploded before he could have put out the smoke.

About an hour later, a mini bus contracted to GPL burst into flames at Sheriff Street, Georgetown. Reports are that the vehicle was heading to the Rupert Craig Highway when the driver noticed thick smoke emanating from under his seat.

The occupants in the vehicle barely managed to exit the bus on time.