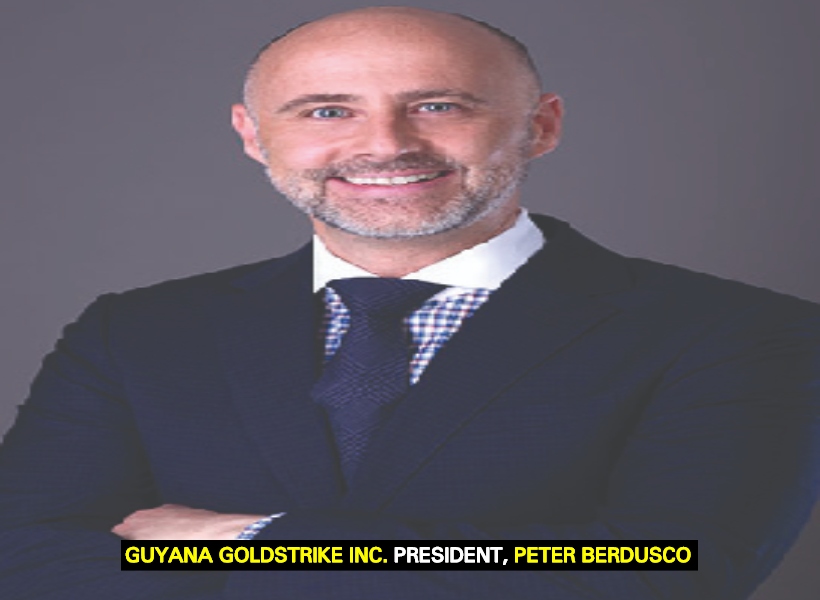 Canadian headquartered Guyana Goldstrike Inc. has confirmed high-grade gold results at the Toucan Ridge area of its Marudi Gold Project which is located in the Guiana Gold Belt. This was revealed today by the Company’s President, Peter Berdusco.

He noted that in the Toucan Ridge, a trench (TTR-18-10) was dug for testing and the final assay results from its host rock showed high-grade values of gold (Au) , specifically 23.59 grammes per ton (g/t). In addition, Berdusco said that an assay result of 0.43 g/t Au over 20.90 metres was obtained from the material which accumulated on the trench’s deep slope.

Further to this, it was noted that TTR-18-10 is located approximately 350 metres eastward of trench TTR-18-06, which was previously dug and produced similar results for quartzite. The Company’s President said that the Toucan Ridge area of interest continues for more than 1.75 kilometres to the east of trench TTR-18-05, the first to be dug last year.

Additionally, Berdusco stated that the company has been developing the Marudi Gold Project located in Guyana under an 18-year mining license. He said that the property has three known gold bearing areas: the alluvial areas, the saprolite, and the underlying hard-rock.

He said, “There has been 42,000 metres of historic diamond drilling (141 holes) completed on the project by prior operators that have delineated two zones of mineralization: Mazoa Hill and Marudi North zones. The company recently completed a mineral resource estimate on the Mazoa Hill zone containing 259,100 indicated gold ounces within 4,428,000 tonnes grading 1.80 g/t and 86,200 inferred gold ounces within 1,653,000 tonnes grading 1.60 g/t.”