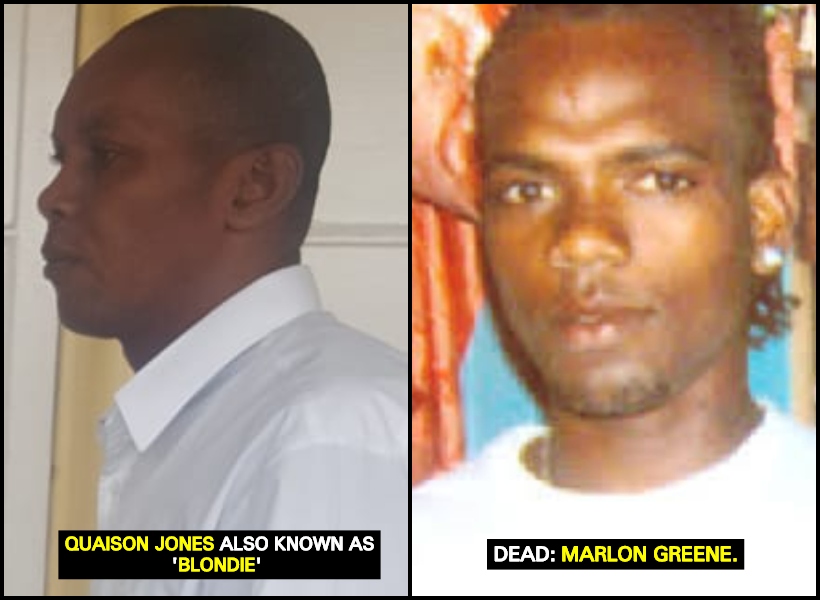 Fifty-three-year-old Quaison Jones also known as ‘Blondie’ is presently on trial before Justice James Bovell-Drake and a 12-member mixed jury for the murder of his fellow fish cleaner, Marlon Greene.

The unlawful killing occurred on January 17, 2011 at Meadowbank Wharf, Georgetown. The jury was empanelled this morning and thereafter the trial commenced. Jones is being represented by attorney-at-law Ronald Burch-Smith.

According to reports, on the day of the incident, some other fish cleaners were attracted by loud hollering and when they ran to the location they observed Jones cuffing away at Greene.

It was reported that a closer look revealed that Jones was armed with a knife, and there were bloodstains on the blade. Greene’s windpipe and jugular vein were severed and his cause of death was given as shock and haemorrhage.

Presenting the case for the State are Prosecutors Tiffini Lyken and Tameika Clarke who called Stephen Vieira as their first witness. According to Vieira, during the month of January 2011 he resided at Meadowbank koker.

He testified to knowing Greene, who he described as his “stepson.” Vieira said that Greene lived with him, his wife, and children. “He [Greene{ had no mother, no father. I use to mine him,” Vieira told the jury.

Further, Vieira testified to knowing Jones from since he was a little boy growing up. The witness said that Jones use to clean fish at the back of the Meadowbank Wharf. According to Vieira, on January 17, 2011 he was at home when he heard an argument.

Vieira said he and his wife transported Marlon to the hospital and doctors later informed them that he had died since his throat pipe had been slit.

This trial is continuing at the High Court in Georgetown.