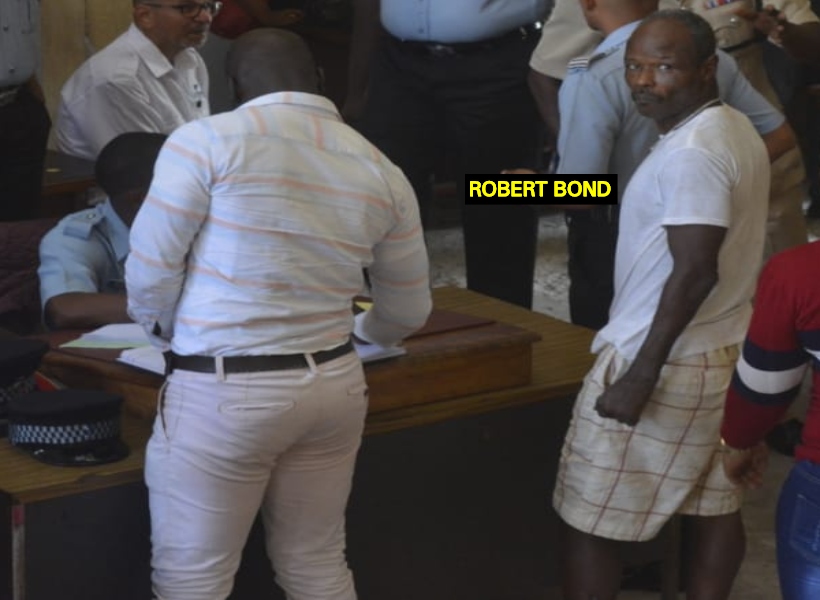 A City Magistrate this afternoon sentenced a man to 18 months imprisonment after he pleaded guilty to a charge of attempt to commit a felony.

It is alleged that between February 5, 2019 and February 6, 2019 at Mandela Avenue, Robert Bond, 35, broke and entered the dwelling house of Michelle Shurland, with the intent to commit a felony.

The unrepresented man pleaded guilty to the charge after it was read to him by Magistrate Faith McGusty in the Georgetown Magistrates’ Courts.

Facts presented by the court prosecutor stated that on February 5, 2019 at about 21:00hrs, the victim, Shurland, secured her home and went to bed.

However, at about 03:15hrs the following morning, she was awaken by a dog barking. Upon further checks, she discovered her kitchen door opened.

She then called the police who responded promptly to the scene. On arrival the officers saw Bond climbing over the fence in an attempt to get out of the yard.

An officer, quickly pulled out his service weapon and fired a shot, hitting bond in his leg.

An injured Bond was picked up and taken to the Georgetown Public Hospital Corporation where he was treated for  injuries and later charged.

The Magistrate, after listening to the facts, sentenced Bond to 18 months imprisonment. One of her bases for imposing such a sentence was because the man pleaded guilty at the first opportunity.