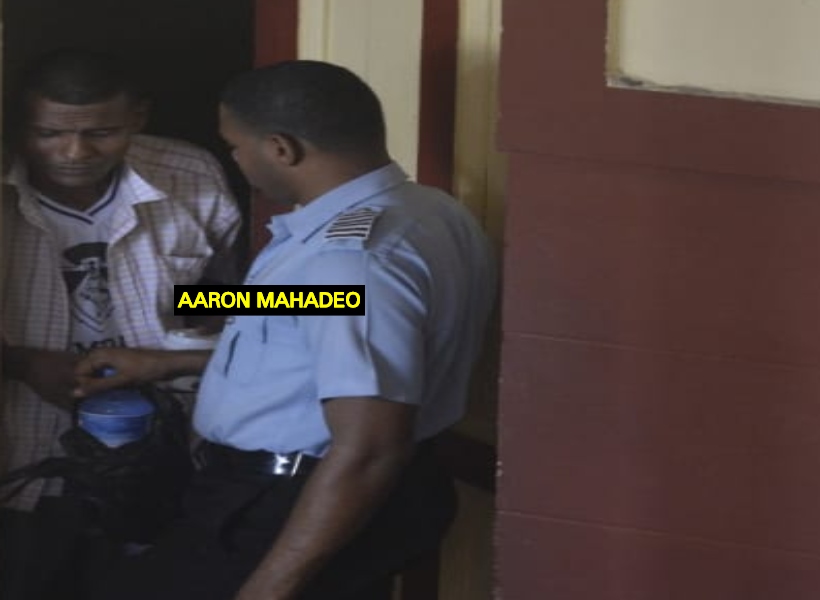 A taxi driver, who is accused of causing the death of an 83-year-old pedal cyclist during a vehicular accident was today charged for the offence.

Aaron Mahadeo is accused of causing the death of Carlisle Clemetson.

Mahadeo pleaded not guilty to the charge which stated that November 21, 2018 at Aubrey Barker Public Road, Georgetown, he drove motorcar HC 7451 in a manner dangerous to the public, thereby causing the death of Carlisle Clemetson.

Facts presented by Police Prosecutor, Visram Ramjattan, stated that on November 21, 2018, Mahadeo was driving along the Aubrey Barker Public Road when he lost control and collided with Clemetson who was attempting to cross the road on his bicycle.

The court heard that as a result of the collision Clemetson fell onto the road and was picked up in a semi conscience state and taken to the Georgetown Public Hospital Corporation (GPHC) where he was admitted. However, on December 3, 2018, he succumbed to his injuries.

The Prosecutor objected to bail being granted to the defendant, citing the serious nature of the offence and the penalty the charge attracts.

However, the Magistrate overruled the prosecutor’s objection and released Mahadeo on $350,000 bail.

Condition of the bail is that he reports to the Brickdam Police Station every Friday until the hearing and determination of the trial.

He was instructed to make his next court appearance on March 5, 2019.