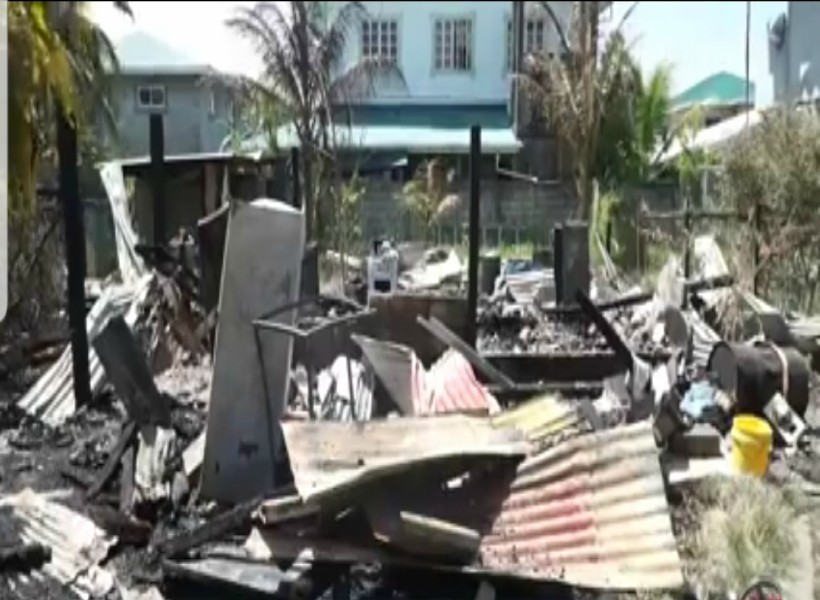 A disabled woman is now dead, and six persons are homeless after a fire broke out in their two-storey Mon Repos, East Coast Demerara (ECD) home early this morning.

The deceased has been identified as Yowani Sasenarine, a mother of three of Lot 564 Mon Repos. Her charred body was removed from the scene by fire-fighters and taken to the Lyken Funeral Home.

According to information received, the fire broke out in the upper flat of the property where the 57-year-old woman lived with her 25-year-old daughter. The deceased’s older daughter resided in the lower flat with her spouse and three children.

The Guyana Standard was told that at the time of the fire, the deceased, who is confined to a wheelchair, was alone in her section since her younger daughter had gone to spend the night at her brother’s home.

However, the woman’s older daughter was at home with her family.

The deceased’s son-in-law, Joseph (only name given), said that he woke up to a loud screaming and upon checking, he observed there was a fire in the upper flat of the building. Joseph said that he quickly got his family out of the house and attempted to save his in-law but by that time, it was already too late.

“All of us tried to help but the fire had spread already. We couldn’t do anything,” one neighbour added.

At this time, the origin of the fire is unknown.