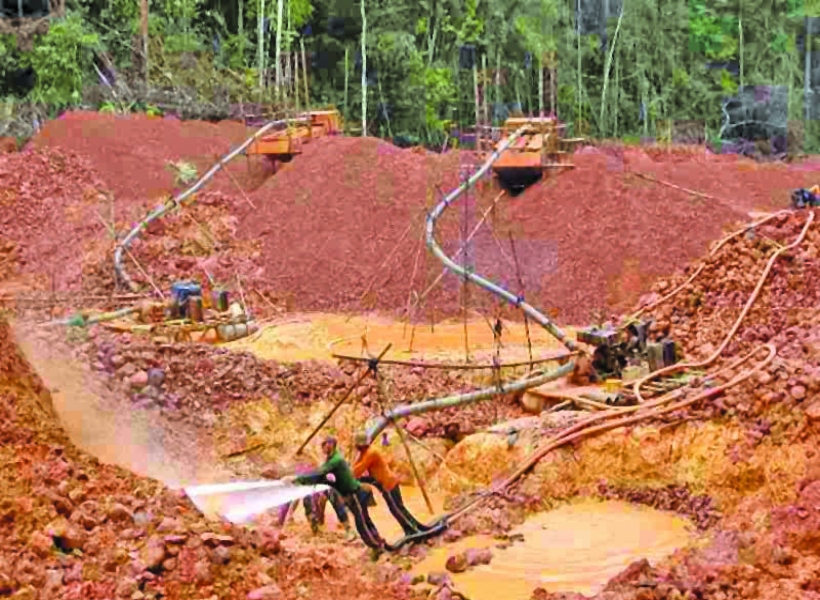 A US$180M programme was launched today in London in an effort to improve the conditions for artisanal and small-scale miners in Guyana and seven other nations.

The other countries to benefit from the programme include Colombia, Burkina Faso, Indonesia, Kenya, Mongolia, the Philippines, and Peru.

In a missive to the media today, Conservational International-Guyana noted that many miners rely on toxic, mercury-based extraction methods, thereby making the mining sector one of the world’s single largest sources of man-made mercury emissions, releasing as much as 1000 tonnes of mercury. It said that this is almost 40 percent of the global total that is released into the atmosphere.

Head of the UN Environmental Chemicals and Health branch, Jacob Duer, was quoted in the missive stating, “By phasing out mercury use and connecting miners to markets for responsibly produced and sourced minerals, (organizers of the programme) will help to ensure the gold value chain both support miners and provides consumers with access to ethically produced, environmentally sustainable gold.”

Duer added, “Promoting and facilitating access to non-mercury processing techniques for artisanal and small-scale miners is vital, not only to reduce mercury emissions but to protect the health of vulnerable communities.”

Further to this, Conservation International noted that studies indicate that mercury exposure in the mining sector is a major, largely neglected, global health problem, which puts miners and their communities at risk of impacts from permanent brain damage to seizures, vision and hearing loss, and delayed childhood development.

By supporting the regulatory and policy reforms needed to formalize the work of miners across the eight nations, Conservation International – Guyana said that organizers aim to secure miners’ livelihoods by opening up access to markets and finance needed to increase incomes and enable the uptake of mercury-free technology.

Conservation International-Guyana also noted in its release, that by phasing out mercury use, the programme aims to achieve eventual mercury emission reductions of 369 tonnes, supporting countries’ commitment under the Minamata Convention on Mercury to reduce and where feasible, eliminate mercury use in the sector.