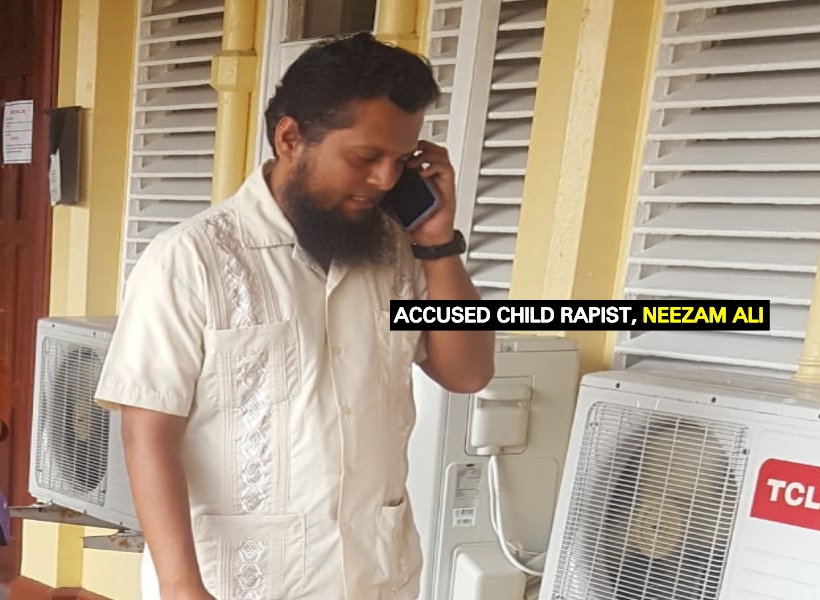 Neezam Ali, the Muslim scholar who is accused of raping nine boys who took Quran and Arabic lessons from him, was this morning informed by the High Court that his trial will commence on March 7, 2019.

Ali and his lawyer turned up at court this morning when his trial was reportedly scheduled to start. However, the Guyana Standard understands that the lawyer requested more time to prepare his case, hence the adjournment until next month. Ali faces nine counts of rape and sexual activity with a child by abusing a position of trust respectively, according to information published by the Registrar of the Supreme Court of Judicature. His trial will commence before Justice Navindra Singh at the High Court in Georgetown.

His new trial date comes days after the mother of three of the alleged rape victims told the media that a man she knows turned up at her home uninvited and offered her $6M to settle the cases. The mother is reported as saying that she cannot accept any amount of monies since it would be “disrespectful” to her sons.

According to reports, Ali is alleged to have sexually assaulted the nine boys, who were all under the age of 12, when they usually go to take Quran and Arabic lessons from him at a Masjid on the East Coast of Demerara.

In 2013, Ali, also known as ‘Mufti’, an Imam, whose last known address is said to beat South, Turkeyen, Greater Georgetown, was committed to stand trial at the High Court for the offence after the conclusion of a preliminary inquiry before Magistrate Alex Moore who ruled that there was sufficient evidence against him.