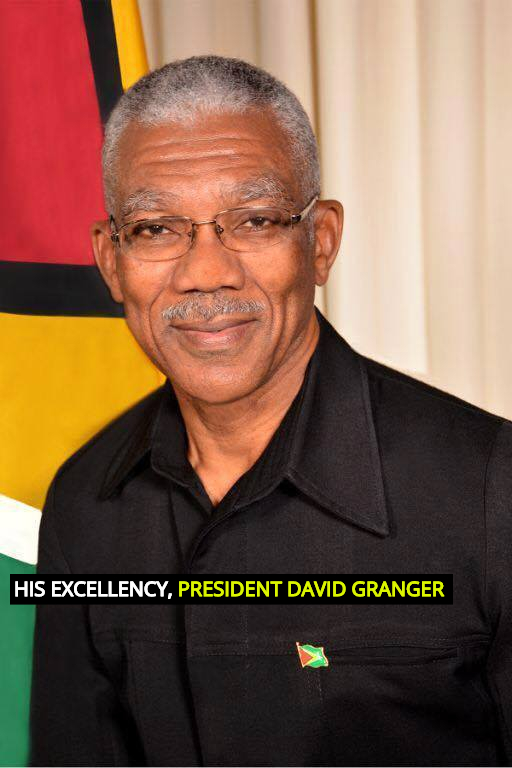 The following message has been issued by President David Granger on the occasion of Guyana’s 49th Republic Day anniversary:

Guyanese everywhere are celebrating the establishment of the Republic forty-nine years ago. That act, on 23rd February 1970, confirmed our Independence, consolidated our multicultural character, accelerated social and economic transformation and advanced nation-building.

The architects of Independence insisted, during Independence negotiations, on constitutional assurances for the eventual severing of subordinate ties to the British monarchy by insisting that:

There will be provision for the Parliament of the new State [of Guyana] if it so wishes, after the 1st January 1969 to bring into operation scheduled amendments establishing a Republic on the Parliamentary system.

The Independence Constitution of Guyana entrenched provisions which provided for the establishment of a Republic.  Forbes Burnham, the Prime Minister, on 28th August 1969, moved a Motion in the National Assembly for Guyana to become a Republic with effect from 23rd February 1970.

Guyanese, today, are celebrating their country’s statehood. It was a substantive fulfilment of our people’s aspirations to chart their own destiny by refashioning their social and economic relations, introducing new national institutions, affirming sovereignty and advancing towards the goal of self-reliance. The National Honours system was introduced to recognise the service of our outstanding citizens.

Guyanese, today, are happy to live in a State that is committed to the rule of law, the independence of the judiciary, freedom of the press and respect for fundamental human rights.

Guyanese, today, celebrate their cultural diversity and social cohesion in a multi-cultural society that promotes citizens’ unhindered devotion to the Christian, Islamic and the Hindu faiths and festivals.

Guyanese eagerly anticipate the transformational economic change which will accrue from the green economy and emerging petroleum sector – factors which will impel the country further and faster into a future of prosperity.

The 50th anniversary of the establishment of the Republic will be celebrated next year. All Guyanese are encouraged to prepare earnestly for this historic event by intensifying our collective efforts towards national unity.

Everyone wins when the nation is united. Let us work together to ensure that our country remains secure, our economy is stable and that everyone is safe and could enjoy a good life.

I extend greetings and best wishes to all Guyanese at home and in the diaspora on the occasion of our 49th Republic anniversary. Happy Mashramani!