Home News Television licence for Linden within the week – Harmon 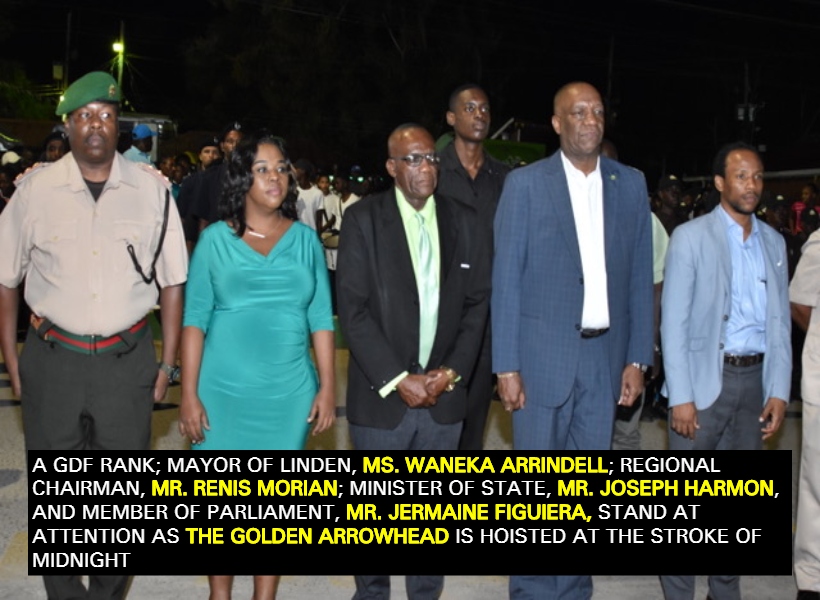 Minister of State, Mr. Joseph Harmon has announced that the Guyana National Broadcasting Authority (GNBA) has approved a television licence for the town of Linden, Upper Demerara-Berbice (Region 10) and this will be handed over within the new week.

The Minister made this announcement at the Flag Raising ceremony, held at the Linden minibus park, to mark Guyana’s 49th Republic anniversary.

“This is historical for you Linden. Things are happening here in Linden and once we have worked out those issues, you can be assured that you will receive the licence within one week,” he told the large gathering.

For decades, the town had only been able to benefit from a television feed from the National Communications Network (NCN).

The Minister further said that GNBA Chairman, Mr. Leslie Sobers has committed that following the establishment of a management committee, the licence will be made available.  This, he said, will be addressed next week.

Meanwhile, in his Republic message, the Minister of State said Guyanese must use the occasion to remind themselves of the significance of these celebrations; to remember with pride, the country’s many achievements as a nation and to re-dedicate their energies to the task of nation building, particularly at a time when the future has never been brighter and the economic and socio-economic prospects never better.

“Guyana is now listed in every major financial capital in the world as a destination of consequence.  We have always been a blessed nation with numerous natural resources and our discovery of oil and gas has reaffirmed our status as the home of the ‘El Dorado’, ‘the City of gold’ and a place of ‘gold bearing opportunities.’  I can say to you in all confidence and certainty that our proud Republic is on the cusp of unprecedented economic, social and cultural development.  The world is heading to Guyana to invest and it is the people of Guyana who must be the main beneficiaries of the economic largesse that will inevitably accrue. You must prepare and position yourselves. Forget the differences and the bickering and organize yourselves. The word cooperative is not attached to our official name by accident. It is the time for us to unite and cooperate; it is time for the small man to become the real man, this is the time, our future is bright”, he said.

Minister Harmon said too that the theme for this year’s Republic celebrations, “Celebrate 49 with victory in mind” has been perfectly crafted to communicate the prospects of the nation and to highlight the Government and its peoples’ resolve to foster true development.

The ceremony also featured several cultural performances including dances, poetry recitals and songs by the town’s youth and, as the clock struck midnight, the Golden Arrowhead was hoisted.