Home News Health Region One maternal deaths slashed by half 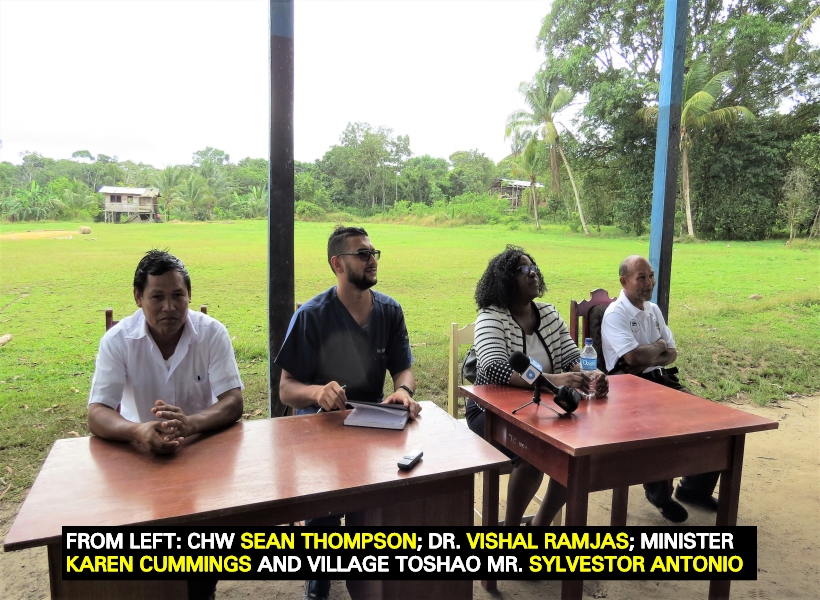 Dr. Ramjas made the announcement during the visit of Minister within the Public Health Ministry, Dr. Karen Cummings, to Hobodeia Health Post during a three-day stay in the Sub-Region to get a first-hand look at health-related progress in the hinterland area.

The RHO told a community gathering that less women died in 2018 from pregnancy-related complications in 2018 when compared to official Regional statistics compiled in 2017. “We have recorded a decrease in our pregnant mothers dying. We realised in 2017 we had a high amount of deaths and in 2018 we had a decrease by half the amount,” he said.

There were five maternal deaths in 2017, and just two last year, the RHO said.

Dr. Ramjas attributed the slide in maternal deaths to reinforcement of the country’s National Maternal Mortality Reduction Plan which includes timely transfer of patients, early evaluation of patients, detection of high risk patients, availability of laboratory services for mothers at time of assessment, appraisal of pregnant women on their first visit by a doctor, and ultrasound being available on outreaches by the Public Health Ministry’s team.

The Barima-Waini RHO told residents that the Human Papilloma Virus [HPV] Vaccine is now being offered to boys and girls who are nine – 16 years old as part of a broader national strategy that helps in the fight against cervical cancer, which is among the leading causes of death among Guyanese women.

Parents can decide that they do not want their children to take the HPV vaccine, Public Health Minister, Ms. Volda Lawrence, said when she announced the decision last week at the Pegasus Hotel in Georgetown.

Barima-Waini is expecting a new shipment of drugs, pharmaceuticals and medical supplies in the Region to treat common illnesses such as diabetes, hypertension, cold, flu and diarrhoea. The RHO said too that the Health Post will be refurbished this year as part of the health sector improvement plan in the interior area.