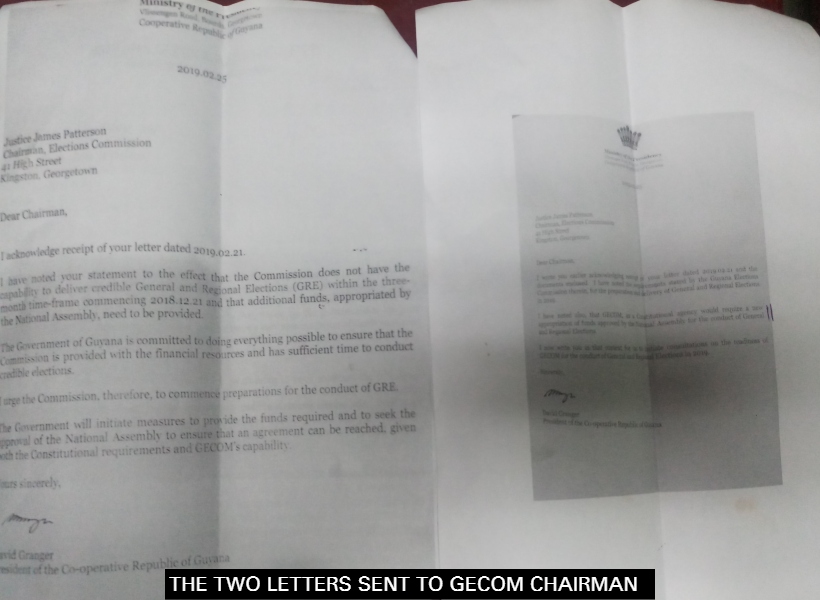 Opposition Leader, Bharrat Jagdeo accused the Government today of committing fraud. In this regard, he said that the administration sent one letter to the Guyana Elections Commission (GECOM) Chairman, Justice retired, James Patterson regarding the preparation for elections but shared an altered version of the document with the media which spoke nothing of the sort.

At his Church Street office, Jagdeo held up one letter from the President to the Chairman. He read the part from the missive which spoke to preparation for General and Regional Elections. Jagdeo then pointed out that this letter was not shared with the media nor is it on the website of the Ministry of the Presidency.

Jagdeo highlighted that the “altered” letter to the GECOM Chair which the Ministry’s website has, speaks only of a request for a consultation on GECOM’s ability to host credible elections.

The media was quick to point out to Jagdeo that the second document which he claims to be an altered version, is actually a second letter. An examination of the very document also contains an acknowledgment of the first letter as the President states, “I wrote you earlier acknowledging receipt of your letter…”

But Jagdeo still held his position. He insisted that the government engaged in fraudulent behaviour and as a consequence, is putting its integrity at risk.

Be that as it may, both the Ministry of the Presidency and GECOM Commissioner, Vincent Alexander confirmed that the GECOM Chair did receive two letters from the President.