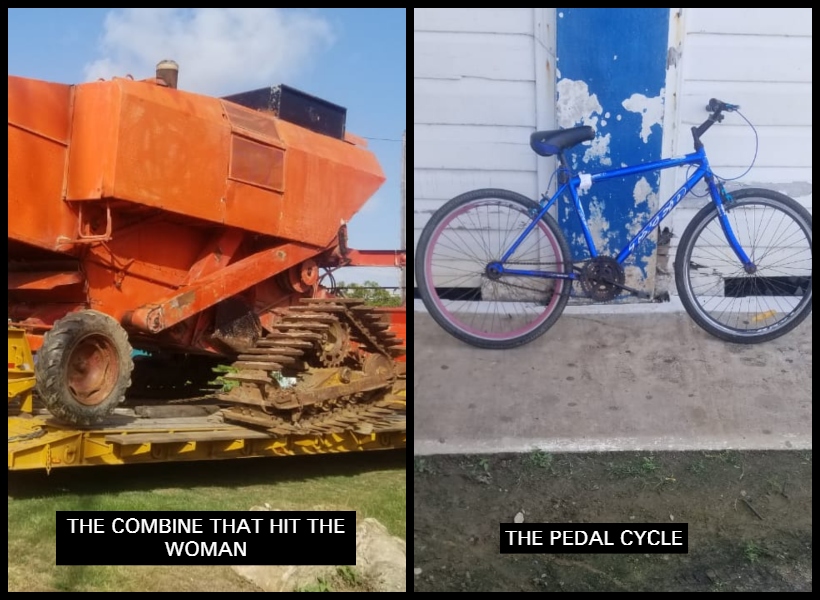 A 44-year-old woman was killed in an accident earlier today on the Albion Public Road, Corentyne, Berbice.

She has been identified as Christina Raghu, a mother of four, of Lot 305 Chesney Front, Corentyne. Raghu was crushed to death by a motor lorry which was fetching a combine at the time of the accident.

According to information received, the combine was extended about two feet on both sides of the lorry. The lorry and the deceased, who was riding a pedal cycle, were proceeding west along the southern carriageway of the road.

The Guyana Standard has been informed that as the lorry attempted to pass the woman on the road, the extended part of the combine struck her off the cycle. She was rushed to the Port Mourant Hospital where she was pronounced dead. The driver of the vehicle is in police custody, assisting with the investigation.