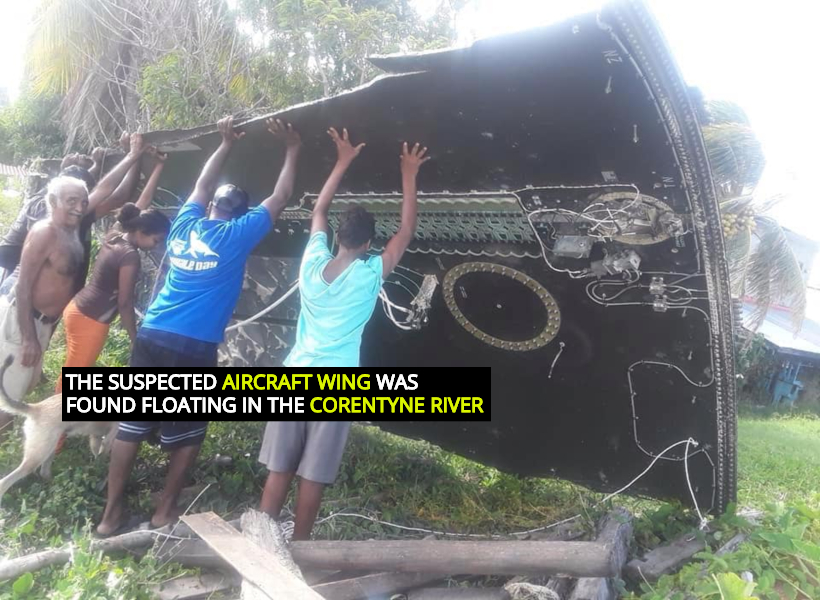 The Guyana Police Force (GPF), together with the Guyana Civil Aviation Authority (GCAA), launched an investigation after part of an aircraft, suspected to be the wing, was found floating in the Corentyne River.

The discovery was made by fishermen yesterday. The wing, labelled, “Space Group” has since been handed over to the police.

A police source said that the wing is not from any plane in Guyana. The GCAA will be making contact with international airlines and organizations in hope of finding out how the wing ended up here.