Home News Crime Man, 24, beaten to death while on his way to see newborn... 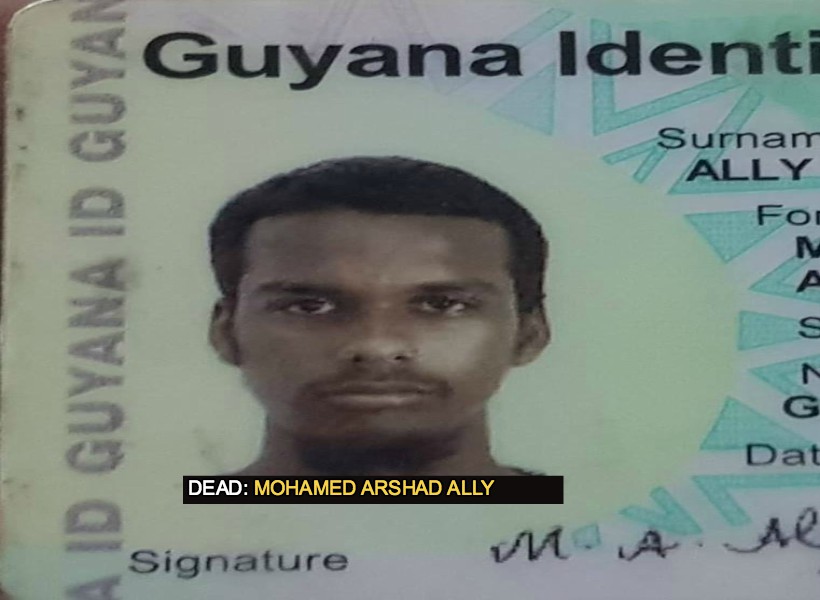 A first-time father was beaten to death earlier today while heading to the New Amsterdam Hospital to see his baby.

Dead is 24-year-old Mohamed Arshad Ally, a lab technician of Bennett Dam, Rosignol, West Coast Berbice. He was beaten in the head with an iron bar by a mentally ill man just a stone’s throw from his home. It is unclear what caused the mentally ill man to go berserk and attack the 24-year-old man.

Ally died while receiving treatment at the New Amsterdam Hospital. He never got to see his baby.

According to information received, the young father who only got married less than a year ago, left his home to go see his wife and newborn baby but was attacked from behind by the suspect. Police information indicates that after being struck to the head several times, Ally reportedly lost consciousness. The suspect then began hitting the new father about his head and body when he fell onto the road. The Guyana Standard was told that the victim was picked up and rushed to the New Amsterdam Hospital by a friend.

The suspect has since been arrested as the investigation continues.