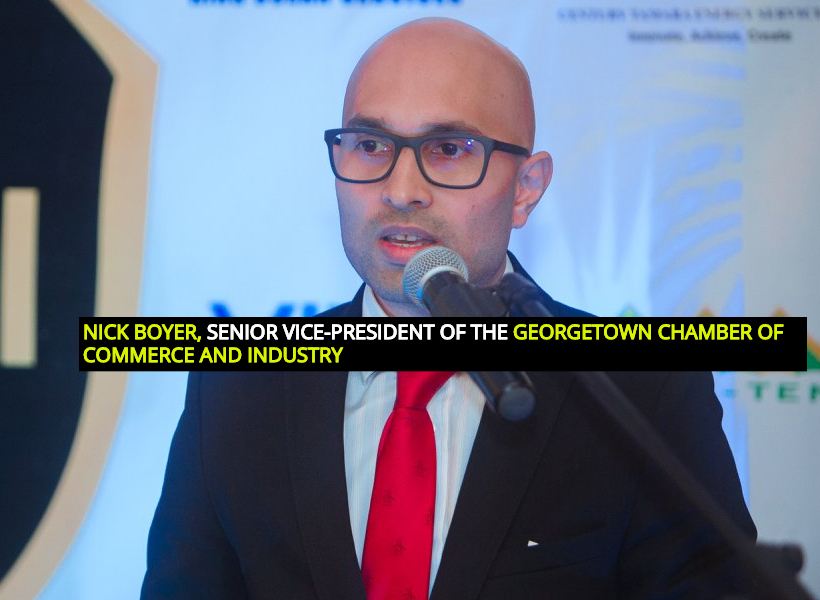 The Georgetown Chamber of Commerce and Industry (GCCI) is not pleased with the fact that Guyana’s Local Content Policy has been stuck in its draft stage since 2016 and the organisation’s Senior Vice President, Nick Boyer, believes that it is time that the policy is completed.

Speaking at a press conference held at GCCI’s Waterloo Street office yesterday, Boyer, when questioned on the Chamber’s views on the government’s preparation for the oil industry, said that he gets the impression that the government is making an earnest effort to put all the safeguards in place. He added that this impression is predicated on discussions held with the Environmental Protection Agency (EPA) and the Department of Energy.

As it relates to the latter, Boyer said that the Chamber noted that the Department recently hired a Local Content Expert to finish the much-needed Policy.

He said, “The Chamber would like to see that document move from draft to actual policy. We have spent consulting dollars on it and had a revised draft. For goodness’ sake, I think everyone at the table would like it to move to a complete policy. During meeting with the Department of Energy, they said they intend to move it to legislation and that is something we have called for and will continue to hope for.”

Boyer was then asked by members of the media if he was concerned at all that the person hired to complete the policy is Dr. Michael Warner, Exxon’s Local Content Specialist.

The Senior Vice President said he is aware that Warner works with Exxon but he did not preview the manner in which he was sourced or what vetting took place since one of the nation’s development partners, such as the World Bank, may be funding the contract.

He added, “It is a hard question for me to answer; but I am really concerned about the policy and getting it done, regardless of who is doing it. I am not sure what the contract was between Guyana and Trinidadian Local Content Expert, Anthony Paul but all we have is a draft. At the final policy stage, I know all of us here will dissect the policy and say whether it is pro Guyana or not. So my answer is that I will give Dr. Warner the benefit of the doubt to see the final policy.”