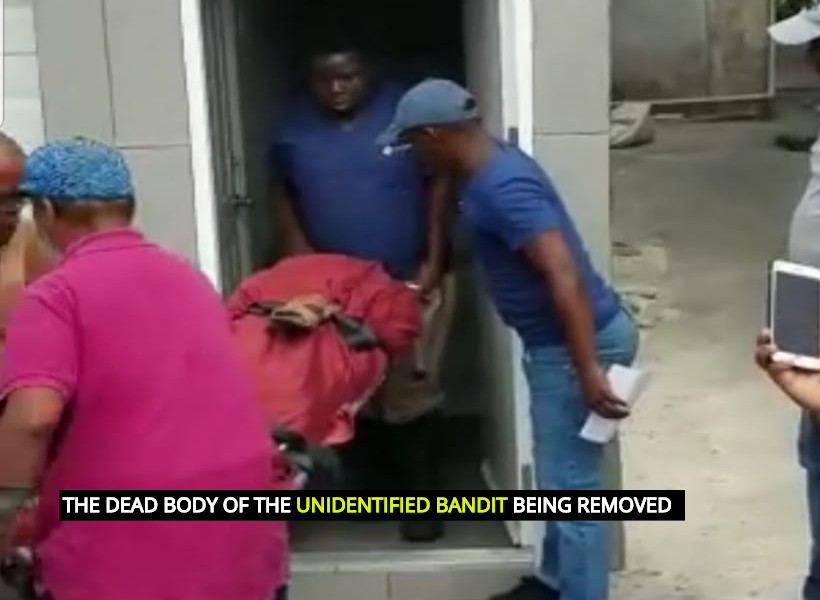 A suspected bandit was gunned down earlier today during an attempted robbery at a company that buys and sells diamonds in large quantity at Lot 288 Thomas Street, South Cummingsburg, Georgetown. The business is Kays Diamond Enterprise Limited.

The dead bandit has not been identified as yet. Three persons who are suspected to be the deceased’s accomplices have since been taken into police custody. According to information received, the four men arrived at the location in a tinted car. The dead bandit was the only one who went into the business place while his partners in crime remained outside.

The Guyana Standard has been informed that the dead bandit went inside the business and pulled out his gun. Security personnel inside the premises managed to shoot him first. Reports are that the deceased’s accomplices ran away after hearing rapid gunfire. They were however arrested close to the scene.