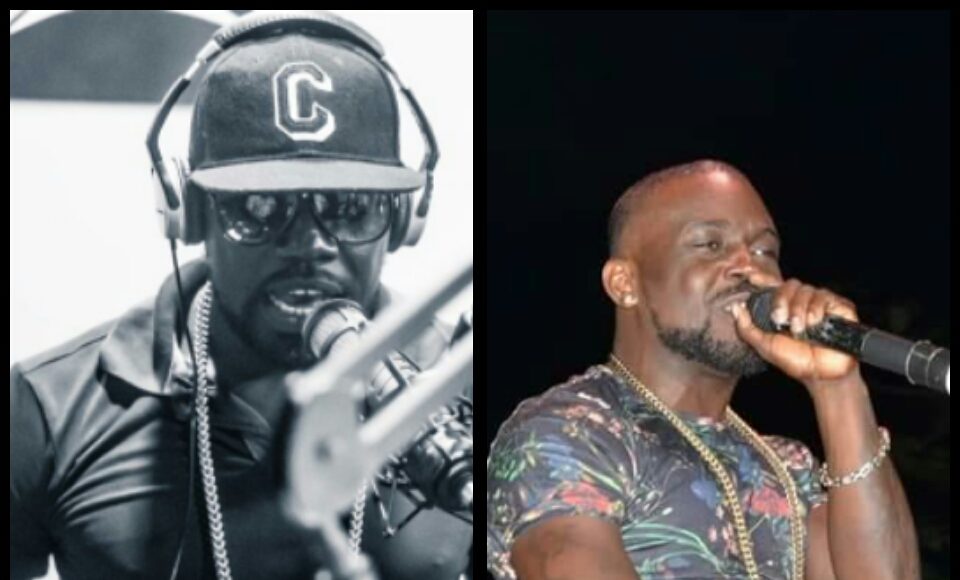 The Mashramani season passed us a few weeks ago, culminating in a number of exuberant activities like the well-known Carib Soca Monarch Competition. But after a three year absence from the contest, celebrated Soca performer, Jumo Fitzpatrick Primo, decided to make a grand return.

“Tribute” was the song he and other musical enthusiasts created which earned him a place in the Carib Soca Monarch Finals that was held at the National Park on February 22, last.

During an exclusive interview with the Guyana Standard this week, the father of five said that the song which was produced by Lindener, Mr. Simon Fraser, is one of his all time favourites.

The performer said, “Everyone knows that I have been part of the Carib Soca Monarch for some time now. I won the show three times. And since I stayed away for three years, working on family and other parts of my career, I said that if I return, I have to take it to a next level. And I felt that a song that was an honour to the art form was the way to go. Tribute celebrates our culture, our love for instruments and it bridges those sounds…”

Jumo added, “That approach was taken, meaning using all the instruments because we wanted a unique sound. We wanted something that didn’t sound Trini or Bajan. All the instruments were played. And we had some of the best members of the Heat Wave Band who helped us. I also contributed to the instrumental aspect by playing the African drums for the song…”

But while the energy infused song had all the makings of another local soca hit from the leo performer, he only managed to secure the fourth position. Jumo, who is known for his spellbinding manipulation of his waistline, admitted that there were some technical issues which occurred on performance night which resulted in his placement.

He made it clear however that coming in fourth did not feel like a punch in the stomach. At the end of the day, it is just a competition, the performer expressed.

Jumo said, “It did not take anything away from me. I know why we got fourth place. It was all technical issues. We had a steel pan section as part of our presentation and it was supposed to be miked up. For three weeks I was telling the technical people (Crown Vibes which was hired by Ansa McAL) that we need to get that…On the night of the competition, they gave us two cordless mikes and the judges couldn’t hear the steel pan and so we faced a penalty for that.”

The musician added, “There was also an issue with the band which caused a big gap in the performance. There was a part where we were supposed to introduce the instruments individually and I don’t know if they forgot or what but they started on the wrong thing and everything ended up in confusion. Nobody knew what was happening or where they were going. This is in spite of the fact that we had rehearsals. Because of that, we had to start over and that caused us to go over time by two or three minutes and we faced another penalty…So those were the factors which cost us a better placement in the competition.”

But during the show, it was evident that some contestants were not so pleased to see the return of the Rubber waist King. Reigning Monarch Brandon Harding for one, was quite vocal about his feelings, stating that Jumo had his time, that he is an old man now, and that it is time others are given a chance to take over.

Jumo told the Guyana Standard that while he found Brandon’s comments to be disrespectful, part of being mature is knowing what to respond to and understanding that some people are willing to do whatever is needed to succeed, even if it means tearing down their fellow Guyanese.

The Soca lover said, “…I don’t know who is guiding him but he has to understand that he is an artiste too. He is bringing down one of his own and he would not like the same to be done to him. He behaved like a child and sooner or later, he will come to find that this world is a circle. What you give out will return to you. But more importantly, in this industry there is nothing he can take from me.”

Jumo continued, “My contribution to bringing this competition to where it is today is what paved the way for many of them to be part of it. If I didn’t have my technical difficulties, there is no way he would have had that position. The two other young people who competed, Steven Ramphal and Vintage, who landed in second and third place respectively, they were extremely humble and supportive…”

He added, “They performed, showed class, showed quality. They didn’t have to tear down the forerunners of Soca to earn a top spot. It is not a sound clash. Brandon is talented but he has to understand that that alone will not keep you in this business. Humility and respect for others will count in building you as an artiste…We can only grow by helping each other…This needs to stop.”

Speaking on areas for improvement, the three time winner of the Carib Soca Monarch Competition said acknowledged that Ansa McAl has brought a more glamourous look to the stage production. He noted however that more needs to be demanded of the competitors. For Jumo, contestants should be asked to bring in at least two songs the year before the competition starts, with massive airplay being provided from September. In this way, the Soca singer said that the Guyanese audience would have ample time to become acquainted with the songs and even the newcomers.

As for the artistes, Jumo said that the quality of the music needs to be improved. He said that the organizers need to stop accepting anything that is handed to them and then providing it for public consumption.

“If it is not of a good quality, send the artiste back to the drawing board. We need to improve the quality of the videos that accompanies the music too. All these things have to be monitored. We can’t just be doing a competition for competition sake or else, the art form is going to die,” expressed the impassioned musician.

While that phase of his life has passed, Jumo said he has his sights set on pushing new music. In this regard he said, “This year I will be working on different projects with producers here like Drew Thoven and some abroad. My goal is to get a foot into Trinidad and get some international coverage…I also have a song with the great Eze Rockcliffe. We did a remix to his classic folklore piece, ‘Ding Dong Creketeh’. As you know, he is one of our legends who has been maintaining the folklore music more than anyone. It was a pleasure to work with him. We have a video coming out soon and I really want to push that because we gave it a Soca twist. I am really excited about it…”

Further to this, Jumo shared that he is also working on organizing a concert called, Jumo and Friends, to commemorate his 25th year in the music industry. He said that part of the proceeds will be donated to various local charities.