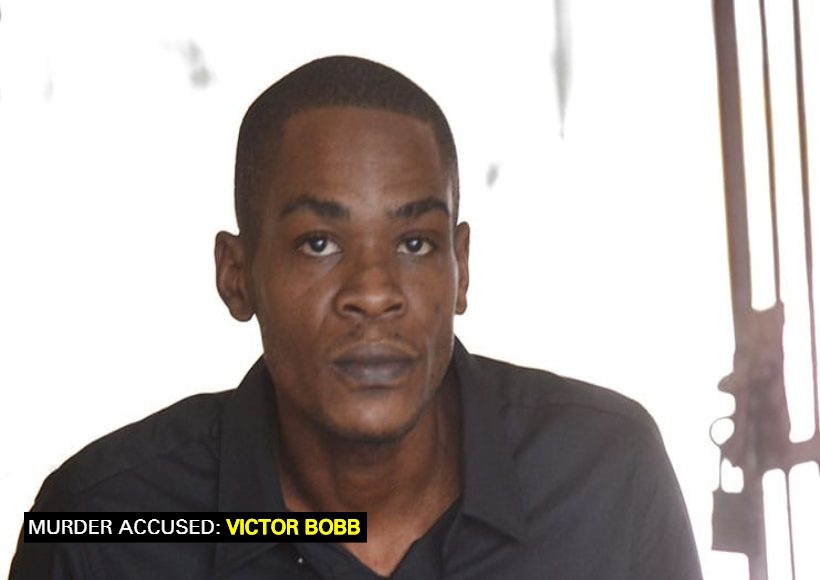 Constant crying erupted from the courtroom of Justice Navindra Singh as Loraine Ramah identified the man she claims shot and killed her husband as the man standing trial for the offence, Victor Bobb.

Bobb is on trial for the November 16, 2010 murder of Ramah’s husband, Denis Ramah, the proprietor of L&D Supermarket.

During 2010, the Second Street, Chateau Margot, ECD was the home of the Ramah’s, who lived their with their son and other family members.

Bobb was arrainged this morning before Justice Navindra Singh at the High Court in Georgetown, where he pleaded not guilty to the murder charge.

Ramah, when asked to recount what occurred on the day in question, said that some men had entered her home while she was asleep and one of them held her at gunpoint, while demanding cash and jewellery.

According to her, she directed the men to where they could find the valuables and she made an attempt to escape.

However, she disclosed that one of the men grabbed onto her, pushing her into a chair and continued holding the gun to her head.

At this point, she recalled that her husband came to her rescue with a cutlass which he used to chop one of the men, who in turn, shot him dead.

Shortly after the killing, police in a release said that a group of men invaded the supermarket and held Denis’s employees at gunpoint.

Police had said that Denis raised an alarm and armed himself with a cutlass which he used to wound one of the men, who shot him twice to the chest.