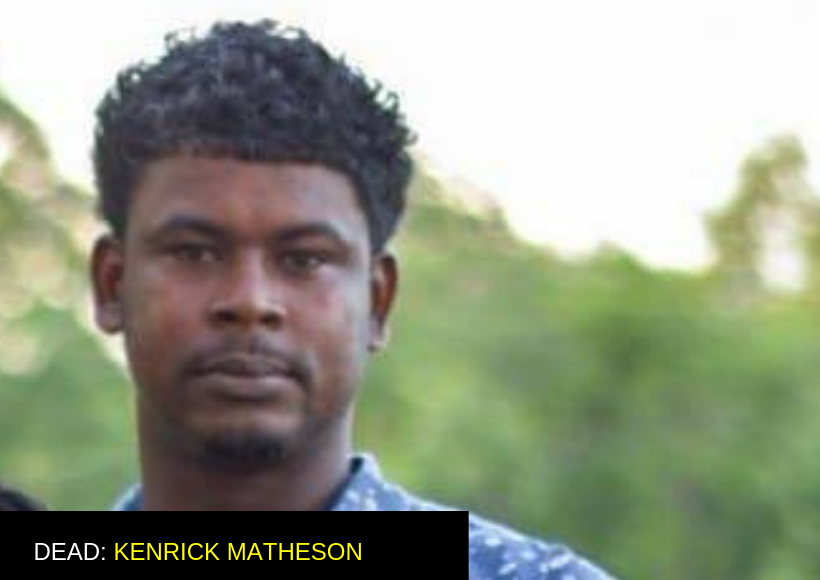 A father of one died this morning at the Georgetown Public Hospital Corporation (GPHC), one day after he was involved in an accident on the Number 43 Village Public Road, Corentyne, Berbice.

The deceased has been identified as 29-year-old Kenrick Matheson of Phillipe Village, Corentyne, Berbice.

According to information received, the deceased was travelling in a car just after midnight on Tuesday with a relative who was intoxicated and driving. Reports are that the driver lost control and crashed into a bus shed.

Matheson’s body pitched out of the vehicle and onto the roadway. He was taken to the New Amsterdam Hospital and later transferred to GPHC where he succumbed. The driver received minor injuries.

Meanwhile, about 18 persons sustained injuries this afternoon when the minibus and motorcar they were travelling in collided with each other at Princess and High Streets, Georgetown. The victims were all rushed to the Georgetown Public Hospital Corporation for treatment.

Reports are that the minibus was heading south on High Street while the car was proceeding east on Princess Street when the two collided. The Guyana Standard has been informed that at least five persons are in a critical condition. Some of the passengers in the minibus were treated and sent away.