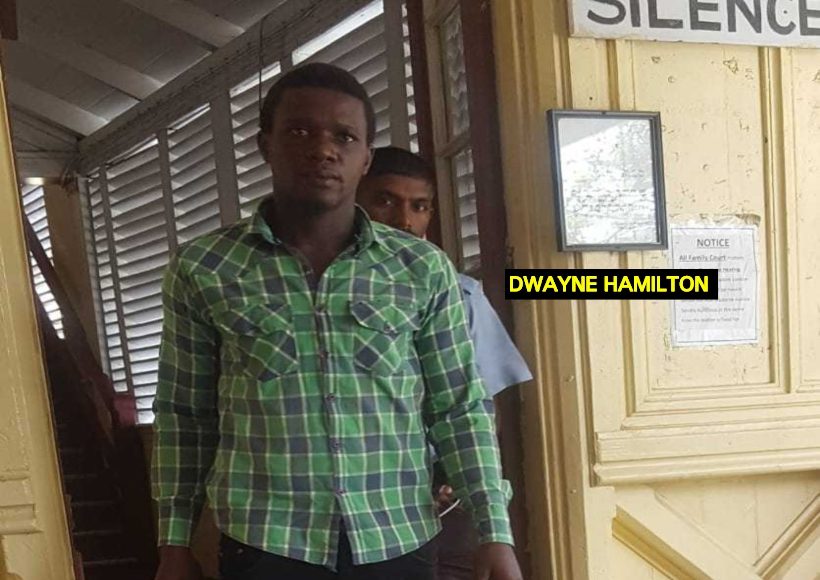 Twelve years after he raped a four-year-old girl, Dwayne Hamilton, now 28, was this morning sentenced to 12 years’ imprisonment for the crime by Justice Jo-Ann Barlow at the High Court in Georgetown.

Hamilton, of Festival City, North Ruimveldt, Georgetown, who was represented by attorney-at-law Ravindra Mohabir, had pleaded not guilty to the charge which stated that on February 21, 2007, in the county of Demerara, he had carnal knowledge of the minor child.

A 12-person jury had found him unanimously guilty of the crime about two weeks ago.

Guyana Standard understands that on the date in question, the young girl, then four-years-old, had just finished using the washroom and had asked Hamilton to assist her with untangling her underwear.

It was then Hamilton, who was at the time 16, grabbed the child and took her at the back of a yard where he pulled down her underwear and inserted his penis into her vagina.

He was, however, caught committing the act by the child’s mother who raised an alarm, causing him to run away.

The incident was reported to the police and Hamilton was later arrested, charged, and released on bail pending trial.

A probation report revealed that both of Hamilton’s parents are dead and that he was once enlisted in the Guyana Defence Force.

According to the probation report, the victim who is now 16, said she is saddened by the incident since she trusted Hamilton.

In handing down the sentence, Justice Barlow noted the fact that this case languished in the court system for 12 years and, even though Hamilton has not accepted responsibility, the jury has convicted him.

Like with any other sexual offenders, the Judge advised Hamilton to participate in reform programmes while in prison.