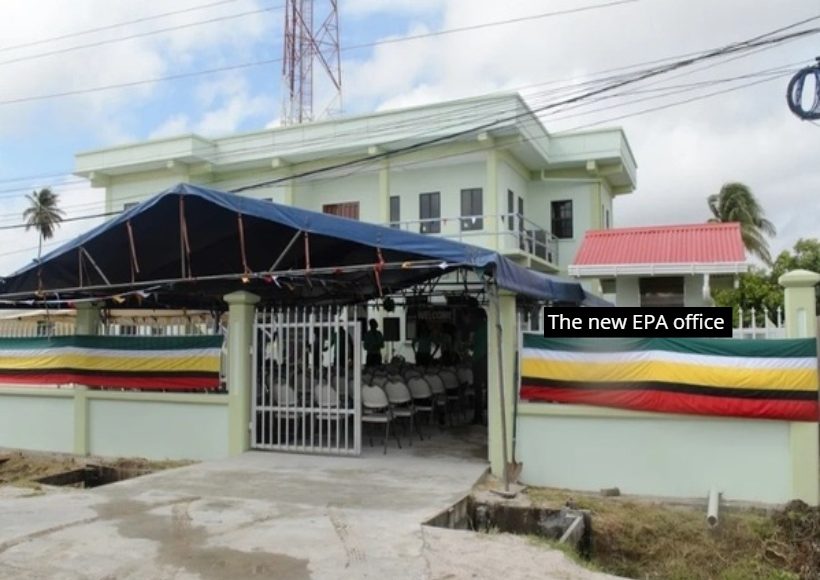 The Environmental Protection Agency (EPA) commissioned its first regional office at Whim Village, East Berbice-Corentyne. This milestone achievement signals EPA’s commitment to its mandate to oversee the sustainable use of Guyana’s environmental resources.

This physical expansion will directly support the compliance of business operations in the wider Berbice area, allowing face to face support during the Environmental Authorisation process, timely monitoring inspections, investigation of complaints, and emergency response, the EPA has announced.

At the opening, brief remarks were given by Executive Director of the EPA, Dr. Vincent Adams; Chairman of the EPA Board, Dr. Patrick Williams; Mayor of Rose Hall Town, Mr. Chattergoon Ramnauth; President of Central Corentyne Chamber of Commerce Mr. Mohammed Raffik, and Director of the Environment, Ms. Ndibi Schwiers.

The featured address was delivered by former Minister of State, Joseph Harmon. The addressees shared similar sentiments that the opening of the Whim Office would reduce time and cost for residents in the region who are desirous of accessing the services by the EPA.

The messages highlighted the significance of the opening of this new building in promoting best environmental practices. The Agency hopes to create outposts in several other regions in furthering its goal to serve all citizens of Guyana and promote sound environmental management.

The Whim office is the first sister office of the EPA and will begin operations with an all Berbician staff body. The office will be open to the public by mid-May. The EPA has therefore expressed appreciation to all partners who contributed to the success of the commissioning and says that it looks forward to continued support as it furthers the green state trajectory.