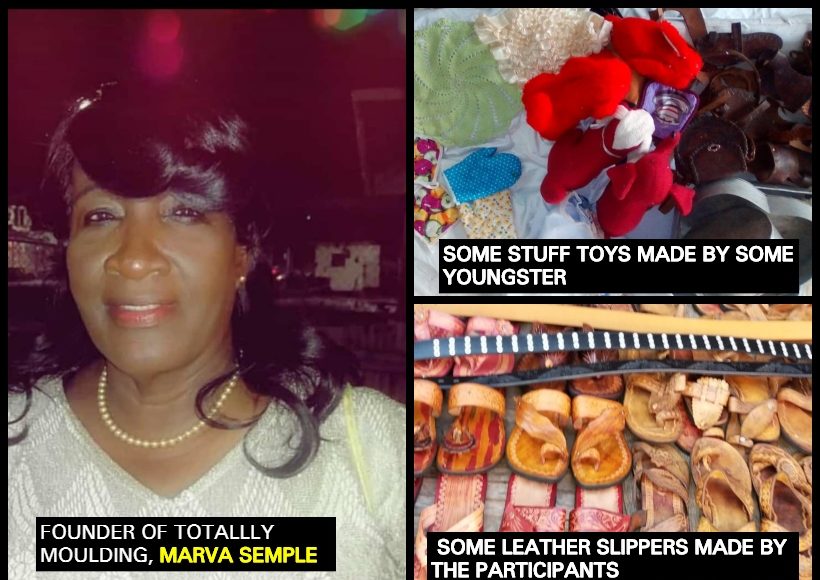 Many in our society often talk about the need to create change. In fact, quite a few are familiar with the Mahatma Gandhi quote, “be the change you want to see in the world.” However, a high percentage of those who preach change, hardly do anything to effect the change they so desire. But, Marva Semple is an exception.

For almost four decades (37 years), this Lindener has been dedicating a significant amount of her time to working with youths in her community and beyond, helping them to realize better versions of themselves.

Semple, the founder of Totally Moulding Training Centre, has mentored well over 3000 Lindeners who then went on to make positive contributions to society.

Totally Moulding Training Centre was founded in 1982 while Semple was still working at the Guyana Bauxite Company. Since then, an average of 160 students graduated each year.

Semple explained that the idea to open the center was birthed out of her desire to see the youths in her community make better use of their time.

She told Guyana Standard, “Every afternoon while going home from work I used to notice the boys and girls on the street in the Block 22 pitching marbles and playing ball games.”

Semple said that she soon decided to help institute change.

“I was a Sunday School teacher at the Faith Assembly Church so I was on the right path to doing something meaningful for the youths in my community,” she said.

Semple said that she went around the community soliciting left-over strips of wood and even purchased some amount of the strips in order to erect a small structure in her yard to accommodate the youngsters.

“I started a bible club named Sunshine Corner” this was in 1980.  However, Semple soon found that an overwhelming number of persons expressed interest in learning different skills.

In 1982, Semple decided to start teaching youths skills that could help them acquire a job. Just as simple as that, the training centre was born.

Overtime, participants at the centre received help from doctors, teachers, nurses, tailors and designers who went on board to lend a helping hand where it was needed.

Since the classes are free, the students would bring their supplies from home to practice.

Semple said that she often promote generosity to the youths.

Each year, the youths would graduate and be awarded a certificate.  Most of them gain meaningful employment while others started small businesses.

Semple’s programme has received support from the Ministry of Education and Ministry of Social Protection.

The good works Semple has done for Linden have not gone unnoticed. She received several accolades, including presidential award.