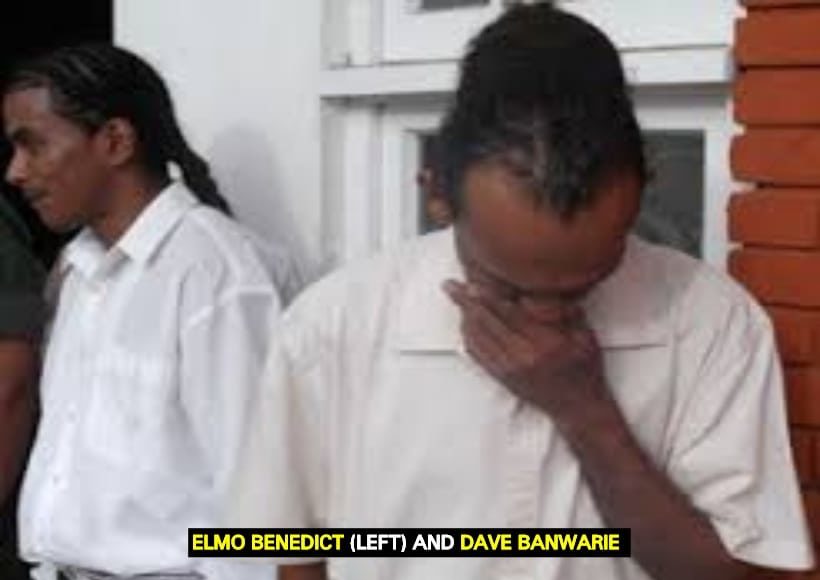 Elmo Benedict and Dave Banwarie, two inmates who were convicted of murder and sentenced to death in 2012, were this morning sentenced to 25 years in prison following a judgement by the Court of Appeal.

Benedict and Banwarie were found guilty by a jury of the March 2008 murder of Rakesh Rajaram and they were both sentenced to death by High Court Judge James Bovell-Drakes.

However, in its ruling this morning, the Court of Appeal substituted the murder conviction with manslaughter and ordered that the men serve 25 years behind bars with time already spent in prison to be deducted from the sentence.

In allowing the appeal, the Court of Appeal agreed to some extent with the contention of the convicted men’s lawyer Mark Conway who had argued that the killing was not intentional since his clients, after realising that Rajaram was seriously injured, took him to the hospital.

In this regard, the Court of Appeal said that the trial judge erred when he directed the jury to do not consider the actions of the men after they had inflicted injuries on Rajaram.

The Court of Appeal held that the assistance rendered to Rajaram by the men was relevant and ought to have been put to the jury for consideration.

Banwarie and Benedict were 27 and 25 years of age, respectively, at the time of the murder. It was reported that Rajaram became involved with a teenage girl who had already been involved with another man.

This angered the young woman’s intended partner and he and another man armed themselves with cutlasses and chopped Rajaram.

The injured man was pronounced dead on arrival at the New Amsterdam Hospital. An autopsy report recorded the cause of death as due to shock and haemorrhage, along with multiple cuts.