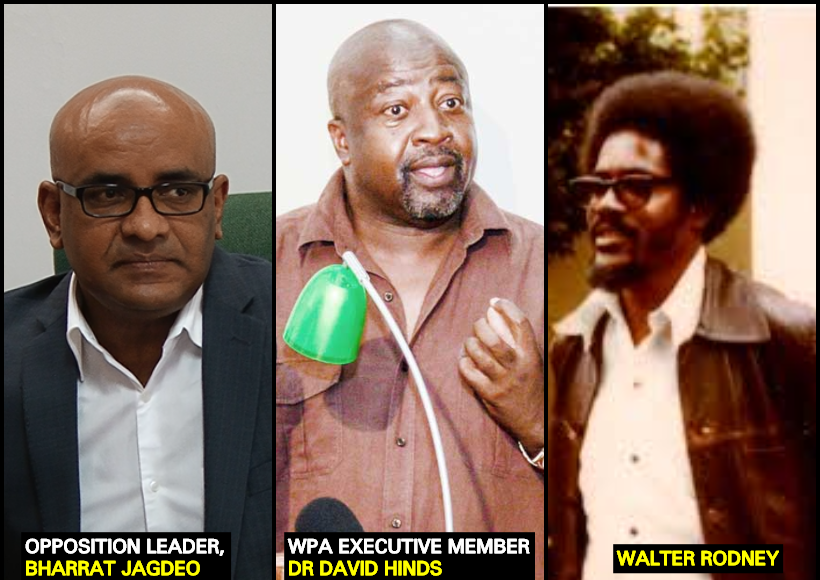 Since the release of the Commission of Inquiry (CoI) report into the assassination of renowned historian and leader of the Working People’s Alliance (WPA) Walter Rodney, the Granger administration has failed to implement or show respect for a single recommendation contained in that document. But what is worse is that the members of the WPA who are part of the APNU faction seem to conveniently bash the government for its nonchalant attitude towards the report, says Opposition Leader Bharrat Jagdeo.

At his press conference today, Jagdeo highlighted the fact that today marks the 39th death anniversary of the political activist who is respected by world leaders far and wide. In remembrance of Rodney, the PPP General Secretary noted that WPA Executive Member Dr David Hinds wrote a letter to the media.

In his missive, Dr Hinds bashed the government for turning a blind eye to the report’s findings and recommendations. But Jagdeo found this to be rather convenient.

The Opposition Leader noted that one of the recommendations in the report is that, “no party in government should be permitted to tamper easily or at all with the electoral system such as to secure an unfair advantage. The electoral system should be entrenched in the Constitution and should only be amendable by a two-thirds majority. Besides, the Chairman of the Elections Commission should be a person of the highest integrity and non-political and his/her appointment which [sic] should meet with the approval of opposition groups and sectoral interests. If felt necessary, the Chairman may be sourced from a Caricom country.”

On that note, the Opposition Leader pointed out that there was deafening silence on the part of the WPA when the government failed to adhere to this recommendation as it unilaterally appointed Justice (retired) James Patterson to head the Guyana Elections Commission. For this and other reasons, the politician said he could only view the letter by Dr Hinds as convenient.