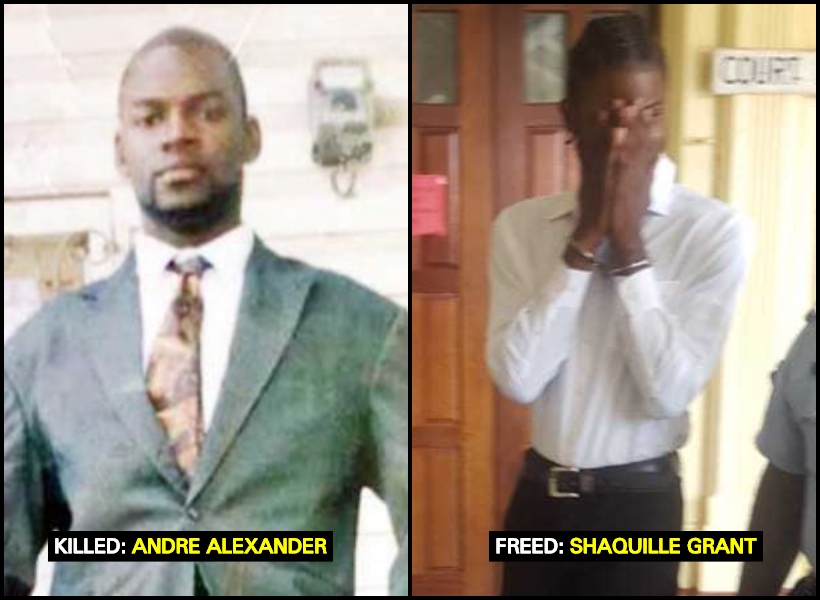 Shaquille Grant, one of the men on trial for the murder of Sophia bread vendor Andre Alexander, was this morning freed after a no-case submission was upheld by Justice Navindra Singh.

Justice Singh thereby ordered the 12-person jury to return a formal verdict of not guilty for Grant who was later informed that he was free to go.

His co-accused Neville Forde, will, however, know his fate tomorrow when Justice Singh is expected to sum up the evidence before putting the case to the jury for deliberation on a verdict.

According to reports, Alexander, also known as ‘Bread Man’, 42, was selling bread at his stand a few houses away from his home when two men on a motorcycle approached him.

One of them requested three loaves of bread with a $5,000 bill. As Alexander turned to make change, the “customer” pulled out a gun and demanded him to hand over cash.

It was reported that Alexander put up a fight and the gunman shot him. The men then made good their escapes on the motorcycle.

Prosecutors Teriq Mohamed, Tuanna Hardy, and Abigail Gibbs are appearing for the State.