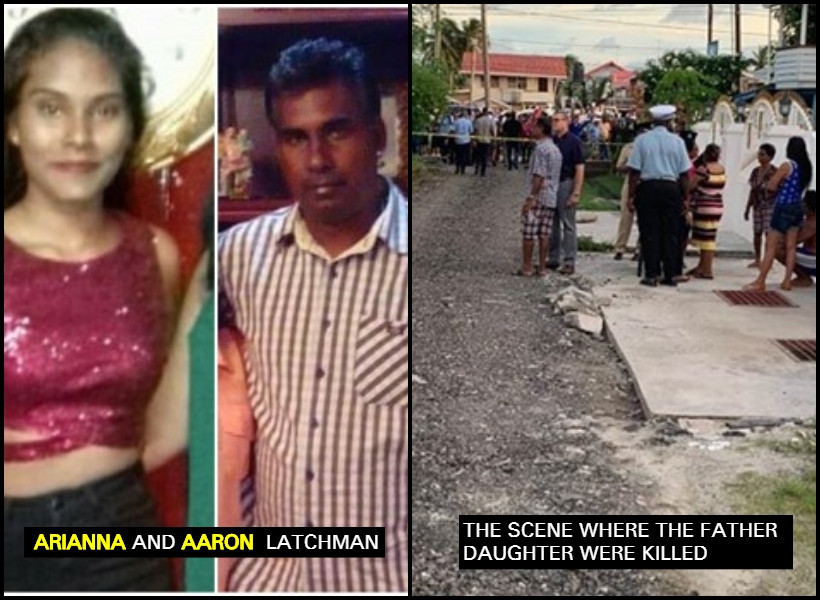 Up to press time, investigators in the ‘C’ Division were analyzing CCTV footage they received from the Better Hope, East Coast Demerara (ECD) neighbourhood where a father and his 19-year-old daughter were gunned down during a robbery on Thursday.

Aaron and Arianna Latchman were killed when they were confronted by armed bandits who carried away a bag containing cash.

A police source who is part of the investigation has revealed that they have no leads into the brutal murder of the father and daughter. The rank is hoping the footage—once analyzed by experts—will reveal the identities of the killers. It is suspected that the robbery was planned and might have been executed by persons in neighbouring villages.

Meanwhile, a post mortem examination performed on the bodies of the victims revealed that the money changer was shot three times—twice to the right side shoulder and once to the left. His daughter sustained one gunshot wound to the chest.

Both victims died at the Georgetown Public Hospital Corporation after being ambushed around 15:15 hrs yesterday.

According to information received, the young victim was upstairs when she was confronted by one of the armed men. She was shot. Her father was ambushed as soon as he went into his yard. He was shot during a scuffle with one of the bandits. He reportedly had no idea his daughter was attacked upstairs.