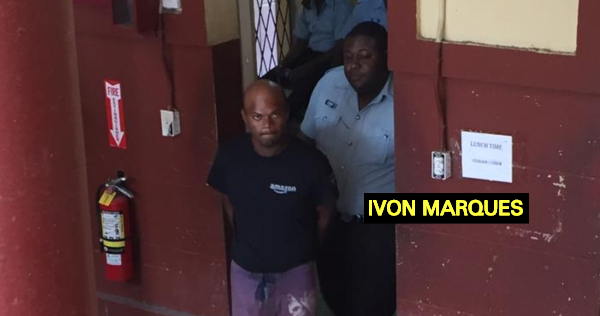 A Venezuelan who told the court he had two 9mm spent shells in his possession because he uses them to make jewellery was today charged with the possession of the ammunition components.

The unrepresented man pleaded guilty to the charge which stated that on July 6, 2019, at Blackwater Landing, North West District, he had in his possession two 9mm spent shells, parts of ammunition, without being the holder of a licensed firearm.

Facts presented by Police Prosecutor Gordon Mansfield stated that on the day in question, ranks from the Mabaruma Police Station, acting on information, went to Blackwater Landing where they made contact with the defendant.

The court heard the officers identified themselves and requested to carry out a search on Marques’ possessions.

An officer checked a haversack Marques had in his possession and the spent shells were found inside. He was then told of the offence and he admitted to making jewellery with the spent shells. Hence, he was arrested and charged.

When asked by the magistrate if he would like to say anything, the man, through an interpreter, said, “I came to Guyana to look for a better life and I had the spent shells in my possession because I used them to make jewellery.”

The magistrate after listening to both sides handed down a two-year suspended sentence to Marques and fined him $50,000.

She also instructed that he be escorted to the nearest port of exit to be deported to his homeland.