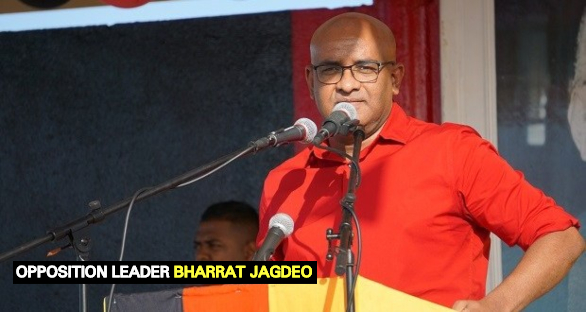 Jagdeo said that he is in receipt of information to the effect that last year, GECOM asked the UN for assistance in the form of a consultant. Jagdeo said in response, the UN sent a team that then compiled a report about “the situation at GECOM”.

Jagdeo said that the document presented was titled, Report of the United Nations Electoral Needs Assessment Mission 7-11 May 2018. According to Jagdeo, the summary of the report says, “It is the view of the mission that there is no certainty that a new voters’ list would have more credibility than the current list and that stakeholders would trust it more.”

According to Jagdeo, the report further stated that “any list created close to the elections will likely be criticised as politically motivated.”

Jagdeo made known his suspicion that because of the report, “Patterson then refused the consultant that was ready to come and work along with GECOM.”

Jagdeo further told the media, “So even the United Nations mission that came to Guyana recognised that the list that you have to use is one developed through continuous registration and the list that was valid up to April 30th.”