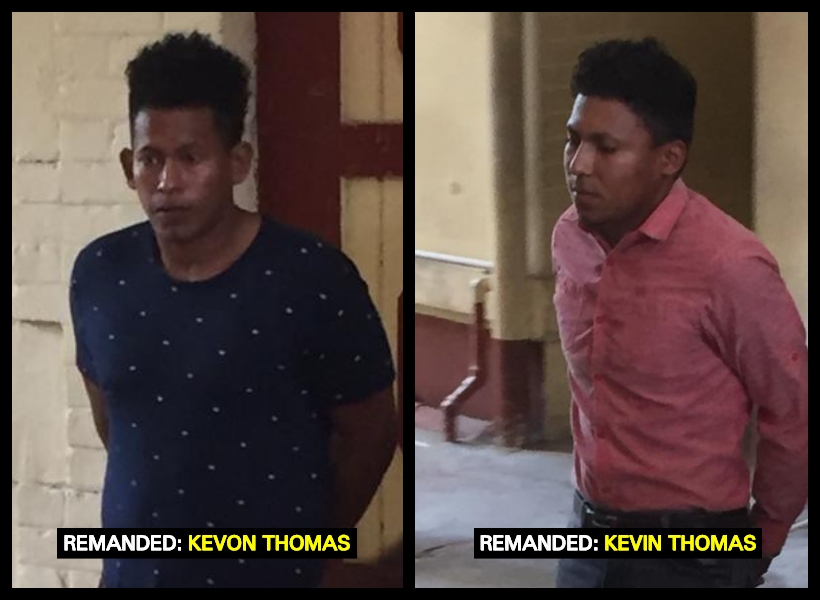 Two brothers, whom the court heard admitted to trafficking a quantity of marijuana, were moments ago remanded to prison.

The young men denied the charge which stated that they both, on July 9, 2019, at Upper Berbice, had in their possession 2.38 kilograms of marijuana for the purpose of trafficking.

Facts presented by Police Prosecutor Gordon Mansfield stated that on the day in question at around 01:30 hrs, ranks from the Kawkwani Police Station, acting on information, proceeded to the Berbice River. On arrival, the ranks observed a wooden boat with four occupants.

A search was then carried out and the ranks found leaves, seeds, and stems suspected to be marijuana in a haversack in the boat.

The men were told of the offence and taken to the Kwakwani Police Station where the two defendants gave ranks caution statements admitting to the offence. Hence, they were both charged.

The prosecutor made serious objections to bail being granted to the defendants on the grounds of the prevalence of the offence and the penalty the charge attracts.

The Chief Magistrate, after listening to the facts, remanded the brothers to prison. They were instructed to make their next court appearance on August 2 at the Kwakwani Magistrate’s Court.