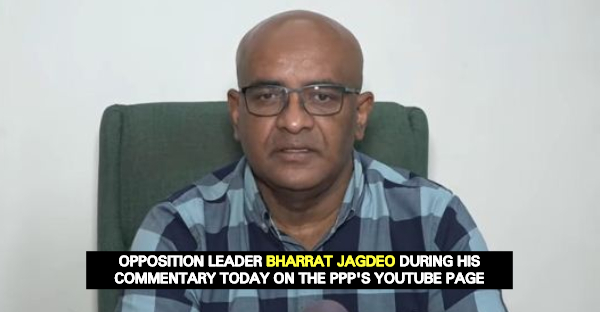 The People’s Progressive Party (PPP) will be approaching the courts on Monday for an injunction to block the house-to-house registration exercise which got underway today by the Guyana Elections Commission (GECOM).

Making this revelation a few hours ago was Opposition Leader Bharrat Jagdeo via a relatively brief statement on the PPP’s YouTube page.

The PPP General Secretary stated that the exercise by GECOM represents a contravention of the recent ruling by the Caribbean Court of Justice (CCJ) which states that elections should be held in three months following the passage of a no-confidence motion. The house-to-house exercise, he reminded, will take more than six months to be completed, thereby pushing the holding of elections past the three-month deadline.

In the meantime, Jagdeo said that the PPP will not be participating in the registration activity. Further to this, the Opposition Leader said that the international community has been briefed on the matter already and it has expressed concern about GECOM’s actions thus far.

Attorney-at-law Sanjeev Datadin has since indicated to the Guyana Standard that if GECOM proceeds with house-to-house registration it would be acting illegally.

Datadin had reminded that the CCJ was clear in its ruling that Justice (Retired) James Patterson was holding the post of GECOM Chairman unconstitutionally. This was premised on the fact that his appointment was unilaterally executed by President David Granger.

Therefore, everything Patterson touched can be considered the fruit of a poisoned tree. This would include his vote for house-to-house registration a few months ago.

The lawyer said that if GECOM goes forward, it would be doing so unlawfully and the GECOM persons carrying out the process can be held criminally liable.

In addition to the PPP, Chartered Accountant Christopher Ram has said that he would be boycotting the GECOM exercise. He cited the arguments noted by Datadin and the PPP as the grounds for his decision.