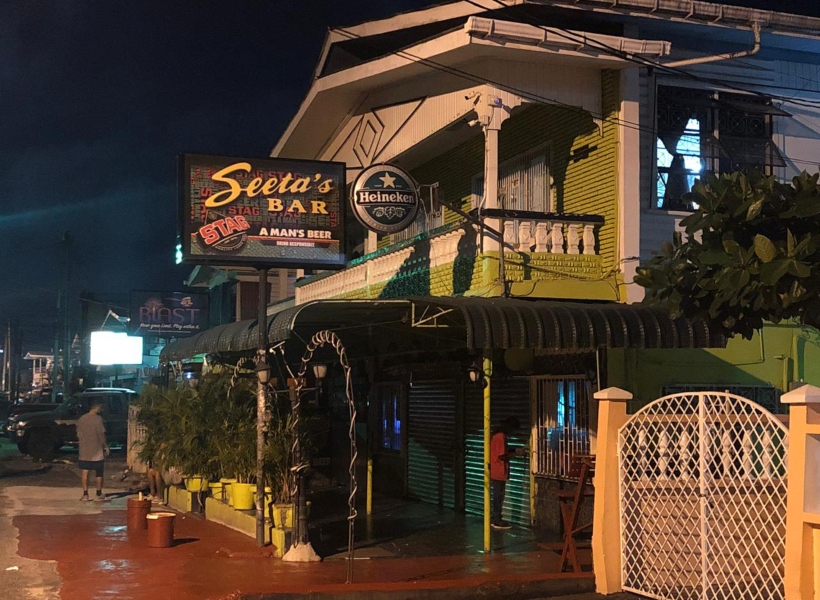 A 32-year-old man died this morning after being shot to the chest during a scuffle at Seeta’s Bar located in Station Street, Kitty, Georgetown.

The deceased has been identified as Kurt Duncan of Sophia. He died around 03:15 hrs at the Georgetown Public Hospital Corporation (GPHC).

The suspect, who is said to be a regular patron of the bar, has not been apprehended as yet.

According to information received, this morning the bar’s handyman was preparing to close the entertainment spot for the night when Duncan was fatally shot. Based on reports received, the handyman got into an argument with a woman who refused to leave.

This caused Duncan to intervene and a verbal altercation began between the deceased and the handyman. This resulted in a scuffle and according to the police—the shooter, who was sitting in the bar—whipped out his firearm and fired a shot at Duncan.

The Sophia resident collapsed and died at the GPHC. More information will follow shortly.