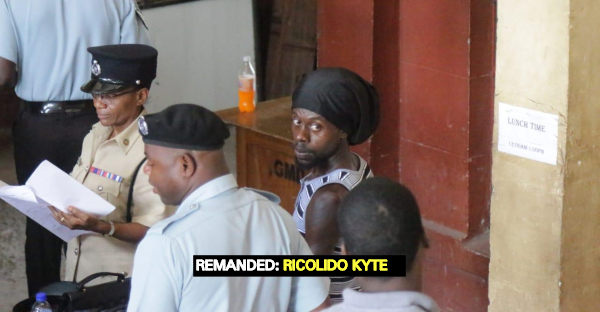 “I does work in the bush and a few months back my camp was robbed so I purchased the gun for protection,” a shop owner admitted when he appeared in court yesterday for illegally possessing a shotgun and two cartridges.

The first charge stated that on July 30 at Meloge Landing, Cuyuni River, Essequibo, he had in his possession two live 12 gauge cartridges without being a licensed firearm holder.

It was further alleged that on the same day and at the same location, he had in his possession one 12 gauge shotgun without being a licensed firearm holder.

Kyte pleaded guilty to both charges after they were read to him.

Facts presented by Police Prosecutor Adunni Innis stated that on the day in question, at around 11:15 hrs, ranks acting on information went to the defendant’s shop where they requested to carry out a search.

The court heard that while searching the premises, a rank found the gun in a bedroom. Kyte was then told of the offence to which he admitted ownership of the weapon. He was taken into custody and charged.

The Magistrate remanded Kyte to prison until August 8 for sentencing.