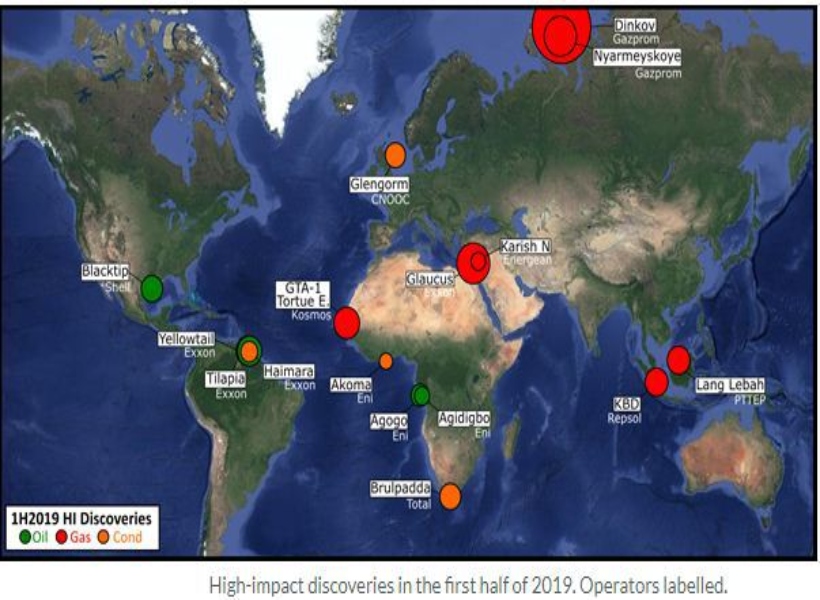 The energy company noted that the Tilapia discovery is the fourth that was made in the Turbot area that includes Turbot, Longtail, and Pluma discoveries. It encountered approximately 305 feet (93 metres) of high-quality oil-bearing sandstone reservoir and was drilled to a depth of 18,786 feet (5,726 metres) in 5,850 feet (1,783 metres) of water. The well is located approximately 3.4 miles (5.5 kilometres) west of the Longtail-1 well.

As for the Yellowtail discovery, the firm reminded that this is the fifth to be made in the Turbot area as well. It encountered approximately 292 feet (89 metres) of high-quality oil bearing sandstone reservoir and was drilled to a depth of 18,445 feet (5,622 metres) in 6,046 feet (1,843 metres) of water. It is located approximately 6 miles (10 kilometres) northwest of the Tilapia discovery.

Both wells hold more than 300 million barrels of oil.

In addition to this, Westwood noted that 18 frontier playtests were completed in the first half of 2019 with only one potential commercial play opener, at the Brulpadda-1AX well in the Outeniqua Basin offshore South Africa. It further stated that high-impact emerging play exploration was dominated by the Upper Cretaceous Liza play offshore Guyana, the Pliocene deepwater clastic play offshore Trinidad, and the Cretaceous gas play in the South Kara Sea.

It also pointed out that high impact drilling “hot spots” for 2019 will be the Suriname-Guyana Basin, the MSGBC (Mauritania, Senegal, The Gambia, Guinea Bissau, Guinea Conakry) basin, the Gulf of Mexico, and Northwest Europe, which is expected to have a busy year for exploration with at least a further seven high-impact wells expected.

Westwood Global Energy is a business intelligence and market analytics space which combines the complementary expertise, products, and services of six of the most respected names in the sector – Richmond Energy Partners, Hannon Westwood, Douglas Westwood, Novas Consulting, JSI Services and Energent Group Software LLC. It is also headquartered in Aberdeen.