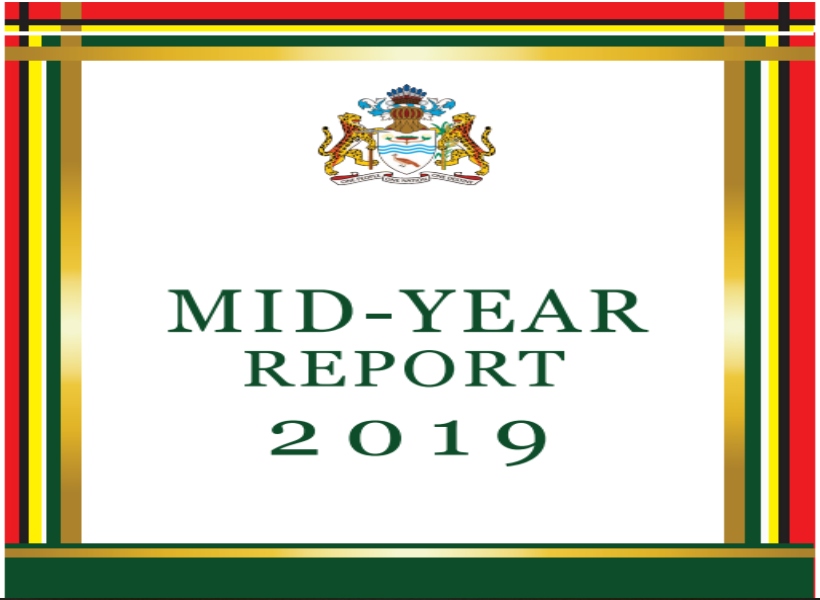 The Ministry of Public Telecommunication (MoPT) expended a sum of $3.2B of its $4B budgetary allocation during the first half of 2019, the government’s Mid-Year Report reveals.

This expenditure, according to the document, was done against the backdrop of the government’s “clear vision” of the role Information and Communication Technology (ICT) plays in the modernisation of Guyana’s economy. This expenditure has resulted in the expansion and emergence of major ICT and e-government projects throughout the country.

The report stated that the government will continue to work “vigorously” to stimulate the growth of the ICT sector in Guyana.

Under the US$34M National Broadband Project, videoconferencing equipment for use in telemedicine applications was installed in four of the 30 identified health facilities, specifically health centres in Baracara and Orealla and regional hospitals in Bartica and New Amsterdam.

In addition, as part of the intelligent surveillance system under the Safe City Component of the National Broadband Project, civil works and installation of cameras were completed at 102 sites. Fifty-two of these sites were operationalised in the first half of the year and the remaining 50 sites will be powered by August 2019.

Meanwhile, as part of the smart classroom programme, the report revealed that connectivity was provided and equipment installed in the central/main smart classroom located at Queen’s College. Smart classrooms will be established in other schools, including New Amsterdam Multilateral, Line Path Secondary, Bush Lot Secondary, President’s College, and Leonora Secondary in the latter half of the year.

According to the report, internet connectivity plays a critical role in improving productivity, efficiency, and the delivery of public services for government agencies. As such, during the period under review, 11 fire stations, seven police stations, and one training centre across all administrative regions were provided with internet access through the e-Government network.

In addition, ICT hotspots were established in 28 public areas/institutions across Regions 2, 3, 4, 5, 6, and 10. The document also revealed the government’s plan to establish a further 51 hubs/hotspots throughout the remainder of the year. To facilitate this, the Guyana Standard understands that both satellite and solar equipment have already been procured and civil works have already commenced to outfit locations.

The five-year ICT Access and e-Services for Hinterland, Poor and Remote Communities Project was operationalised this year. Site surveys were completed in 15 communities across Regions 7, 8, 9, and 10.

The procurement process has started for the acquisition of computer, satellite, and solar equipment to furnish and equip the 200 ICT hubs to be established under this project.

Twenty of these hubs will be created by the end of 2019 across Regions 7, 8, 9, and 10 in communities such as Kato, Monkey Mountain, Toka, and Kimbia.

Technical training on the set-up and use of the hub equipment will also be provided to 30 persons across all 10 regions. They will be expected to provide training to members of their respective communities.