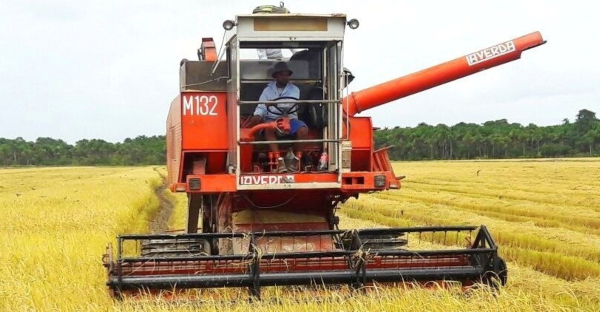 The paddy bug and red rice problems are not the only obstacles rice farmers are facing; farmers in all rice-producing regions face alternating struggles, including floods and dry conditions, clogged canals, and non-operational pumps. But former Minister of Agriculture, Dr Leslie Ramsammy, believes that the farmers’ resilience in the face of challenges is keeping the economy afloat.

Shedding light on this situation, Ramsammy pointed out that neither the National Drainage and Irrigation Authority nor the Ministry of Agriculture has provided any support as farmers try to desperately battle against flooding and try to irrigate their fields.

He added, “even as they fail the farmers, even as they refuse to carry out their mandated functions in the rice industry, they have gone out of their way to make life more difficult for rice farmers. Land lease rates were increased. In the MMA, lease rates have increased from $1,000 per acre to $7,000 per acre.”

This development has been described by Dr Ramsammy as “unconscionable.” At the same time, he said that Drainage and Irrigation fees have increased across the country.

Compounding this state of affairs, he said, is the fact that supplies such as pesticides have increased in cost and subsidies for equipment in the rice industry have been removed.

But according to the former Agriculture Minister, the prevailing challenges are not new to rice farmers, hence their resilience to help the rice industry keeps the economy afloat.

“In spite of the grave difficulties farmers face, they tightened their belts and have kept production high, without which the economy would have tanked further,” Dr Ramsammy asserted.