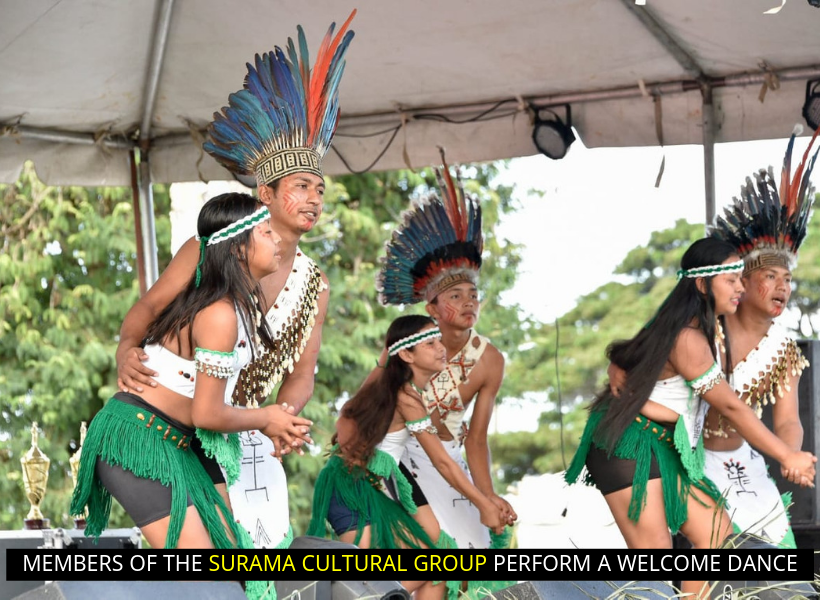 Amerindian Heritage Month has officially started. To kick the Month off yesterday, an event was held at the Sophia Exhibition Centre where members of the various indigenous tribes will be gathered for the greater part of the celebration. The Centre will be dubbed the Indigenous Heritage Village.

The Month is being observed under the theme: “Maintaining our traditional practices while promoting a green economy”.  The month-long activities will include a cultural extravaganza, food and craft exhibition, Village Day at River’s View, Region 10; educational lectures, heritage sports and an indigenous pageant, to name a few.

Speaking at the event on Sunday was President David Granger, who spoke of plans to improve hinterland education over the next 10 years in what he called “the Decade of development -2020 to 2029.”

Even as he recalled that hinterland education received its first great boost some 50 years ago, the President reminded that “Education is the cornerstone of his government’s plans to ensure greater equality between the hinterland and the coastland, to reduce poverty and to provide greater economic opportunities for indigenous communities and peoples.”

He noted that hinterland education is being repositioned to help to eliminate inequalities and to ensure that every child goes to school and that no child is left behind.

“Educational policy aims at ensuring that every child has access to education, attends school and achieves the level that allows her or him to graduate from school with the knowledge, skills and values to become a happy citizen,” the President said.

Meanwhile, Indigenous Affairs Minister Sydney Allicock on Sunday sought to address the need to protect and preserve the indigenous way of life. He also stressed the need for sustainable development which he says remains critical to Guyana’s advancement.