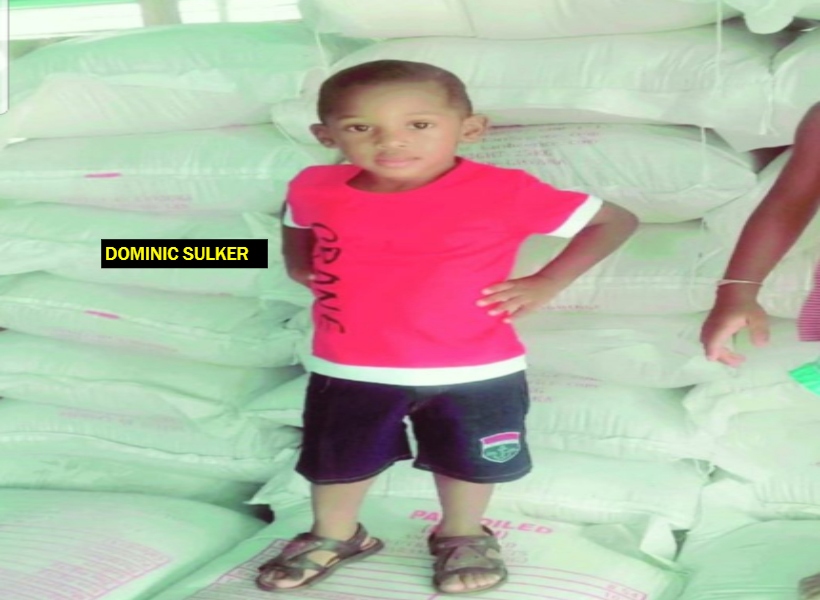 A three-year-old boy is now dead after being struck down by a car at Islington, New Amsterdam yesterday afternoon.

Dead is Dominic Sulker of Lot 49 Stanleytown, New Amsterdam. He died on his way to the Georgetown Public Hospital Corporation.

The driver has since been arrested and is assisting with the investigation.

According to information received, the toddler had just gotten home from school and was with his grandmother when he reportedly sneaked out of the house.

At around 13:00 hrs yesterday, an uncle of the child spotted him walking on the road but before he could have gotten to the child, he was already struck down.

Based on reports received, the driver was driving a fast rate when the child suddenly dashed in front of the vehicle.

Eyewitnesses of the accident told traffic police that while the driver was proceeding at a fast rate, he should not be held accountable for the toddler’s death since it was the child who walked in front of the car

The Guyana standard has been informed that the little boy would usually sneak out of his house and head to his grandfather’s place of work which is a short distance from where he lived.