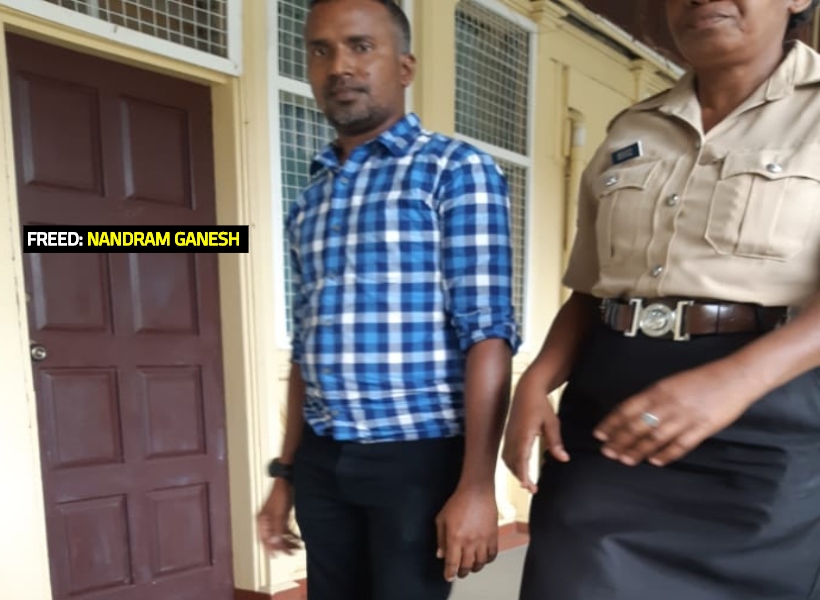 A 36-year-old man was in high praises this afternoon when a 12-person jury found him not guilty on two rape charges.

The man, Nandram Ganesh, was accused of raping a 26-year-old woman. According to the indictment, during January 2014 and on April 28, 2014, he engaged in sexual penetration with the woman against her consent.

The man’s trial commenced last week before Justice Simone Morris-Ramlall and a 12-person jury at the High Court in Demerara. He had initially pleaded not guilty to both charges. His lawyer, Stanley Moore contended that his client and the woman were involved in a three-year relationship in which they had consensual sex.

After informing Ganesh that he was free to go, Justice Morris-Ramlall advised him to give thanks to his God. The man calmly walked out of the prisoner’s dock and was greeted with hugs and kisses from his loved ones. Ganesh told reporters that the outcomes of the matters have brought him much relief. Prosecutors Sarah Martin and Teriq Mohamed presented the State’s case.