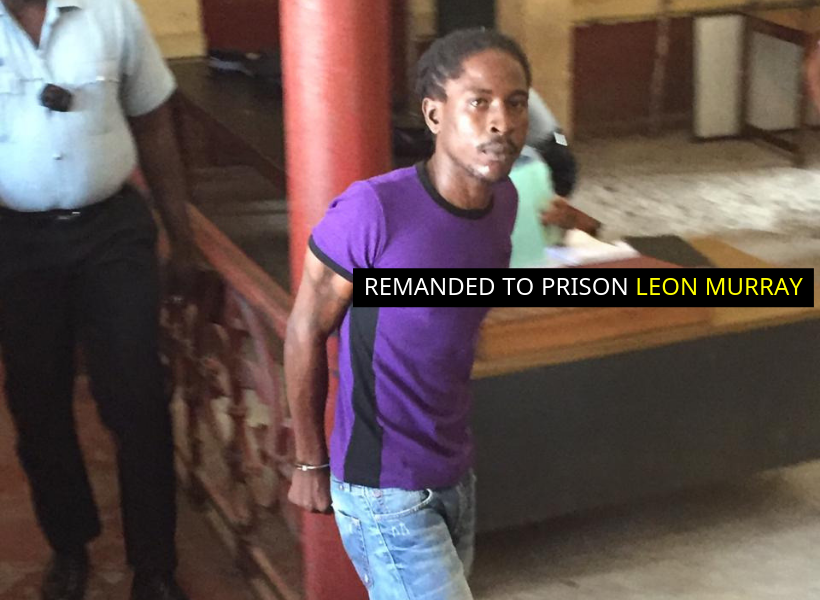 One day after a man was remanded to prison for fracturing his ex lover’s nose, he was moments ago sentenced to 18 months imprisonment after he was unable to compensate the victim.

The sentence was handed down this afternoon by Principal Magistrate Faith McGusty in the Georgetown Magistrate’s Courts.

The first charge stated that on September 5, 2019, at Georgetown, Murray maliciously damaged one spectacle valued $30,000, the property of Shawn Solomon.

The other charge stated that, on the same day, and at the same location, Murray inflicted grievous bodily harm on Shawn Solomon.

Murray denied the first charge and pleaded guilty to the latter charge.

Murray, in addressing the court, stated, “I am a straight-up person so I’ll tell the court like it is because this is my ex. Since we done me and this fella is good friends but since I get a woman he start calling the girl names.”

Murray added “The day me and my woman deh in the room and he started calling her a whore and telling me how she’s not good for me. I warned him but he did not listen so we start to fight and he pelt me; so I get wild and pick up a brick and pelt him back.”

Facts presented by Police Prosecutor Quinn Harris stated that on the day in question, around 10:30 hrs, the victim went home from work. He and Murray later became involved in a heated argument.

The argument escalated into a fight and Murray armed himself with a brick and pelt the victim causing him to receive a fractured nose. The injured man was rushed to the Georgetown Public Hospital Corporation (GPHC) where he was treated.

The matter was then reported to the police and Murray was later arrested.

Hence, he was sentenced for the offence.