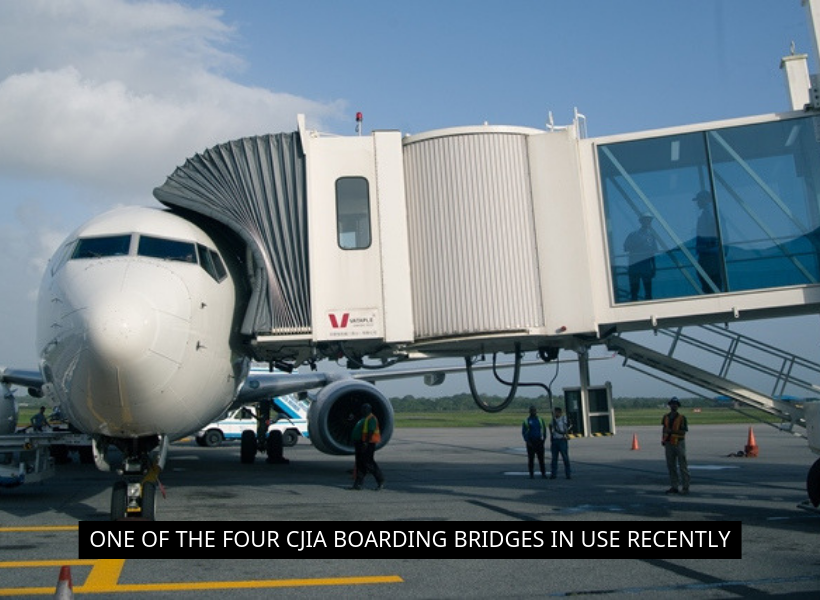 The use of the passenger boarding bridges of the Cheddi Jagan International Airport (CJIA) have been temporarily suspended.  This development has been confirmed by government which has announced that this has been done to facilitate the continuation of expansion works at the country’s main airport.

According to information released by the Ministry of Public Infrastructure, the suspension of the boarding bridges’ operation is a scheduled one. In a statement, the Ministry assured that there are no issues with the normal functioning of the bridges.

“We sincerely apologise for this temporary inconvenience and would like to assure you that works will be done within the shortest time possible,” the Minister advised.

The boarding bridges were put into operation on June 29, 2019. At the time, General Manager within Caribbean Airlines, Carl Stuart, welcomed the development. “Today is a good day, a day we looked forward to with hope and optimism. I also want to congratulate the government and people of Guyana for believing in this dream and working collectively to give us a wonderful new airport and jetways. I feel excited, I’m happy to be here and I encourage anyone who’s travelling to choose the CJIA,” he’d said

During December 2018, the final pair of boarding bridges arrived at CJIA to facilitate a smoother passenger commute to and from aircraft at the airport.