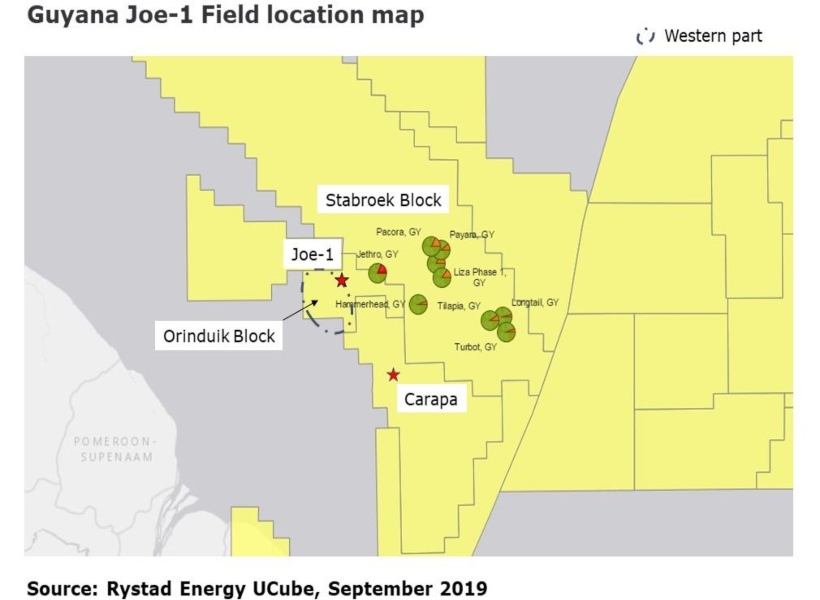 There was much excitement on when British exploration and production company, Tullow Oil, disclosed that it had struck oil once again at its second exploration well called Joe-1 in the Orinduik Block. But some industry analysts have been lukewarm in their response to the announcement.

Rystad Energy, for example, was first to note that the find is not that big. In fact, it turns out to be about 100M barrels of oil short when compared to pre-drill estimates.

Exploration Analyst at Rystand Energy Palzor Shenga said that Joe-1, unlike the first discovery made at the Jethro-1 well, targeted a shallower reservoir hence de-risking the potential of prospects identified towards the west of the Orinduik block. It was drilled to a final depth of 2175 meters and encountered 14 meters of net oil pay in high-quality oil-bearing sandstone reservoir of Upper Tertiary age.

The Rystad analyst also said that the discovery creates an interesting scenario for the Operator and its partners, Eco Atlantic and Total, as the deeper section has not been targeted in Joe-1.

Shenga reminded that Repsol which is a partner with Tullow Oil in the Kanuku Block is poised to drill the Carapa-1 well later this month. Rystad Energy predicts that Carapa-1 will hold a similar potential to Jethro, as the prospect follows a similar trend to Jethro.

Founded in 2004, Rystad Energy is an independent energy research and business intelligence company which is headquartered in Oslo, Norway.