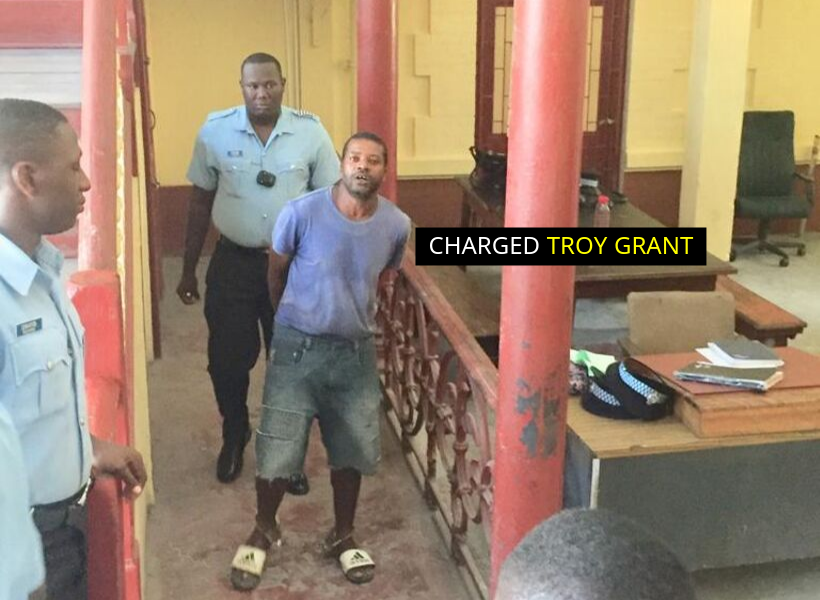 A father of eight was today charged and released on $150,000 bail after being slapped with a narcotics trafficking charge.

Forty-three-year-old Troy Grant of Wortmanville, Georgetown, denied the charge which stated that on September 22, at Hardina Street, Georgetown, he had in his possession 156 grams of narcotics for the purpose of trafficking.

Grant, who is a delivery truck driver, appeared before Principal Magistrate Faith McGusty in the Georgetown Magistrate’s Courts.

His lawyer, Patrice Henry, in a successful bail application for his client, told the court that his client is the sole breadwinner for his family and has no knowledge of the drugs.

The court prosecutor, Seon Blackman, in addressing the court, stated that on the day in question, police, acting on information, approached the defendant who was standing on a bridge holding a milk tin.

A search was then carried out and a quantity of leaves, seeds, and stems, suspected to be marijuana, was found in the milk tin. Hence, he was arrested and charged for the offence.

Prosecutor Blackman objected to bail being granted to the defendant on the grounds of the prevalence of the offence and the penalty the charge attracts.

However, the Magistrate, after listening to the facts, released Grant on $150,000 bail.

The father of eight was instructed to make his next court appearance on October 16.